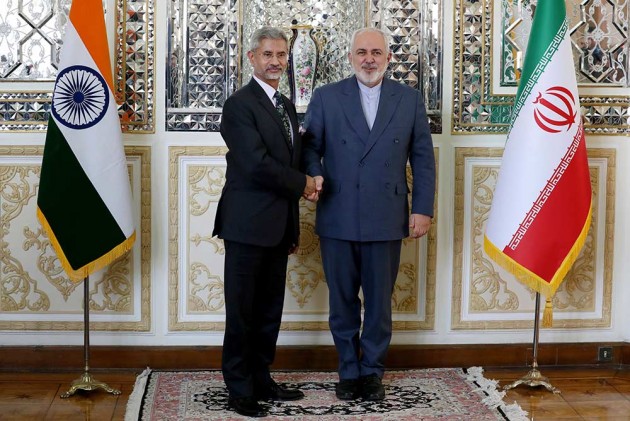 External Affairs Minister S Jaishankar on Sunday spoke to Iran's Foreign Minister Mohammed Javad Zarif and said the ongoing US-Iran conflict has taken a "very serious" turn in the aftermath of general Qasem Soleimani being killed in a US airstrike.

Jaishankar tweeted saying he held a conversation with Zarif and "noted that developments have taken a very serious turn. India remains deeply concerned about the levels of tension. We agreed to remain in touch."

Just concluded a conversation with FM @JZarif of Iran. Noted that developments have taken a very serious turn. India remains deeply concerned about the levels of tension. We agreed to remain in touch.

A war of words has erupted between the US and Iran since the killing of Iranian commander Soleimani took place two days back.

US President Donald Trump has warned Iran that the US has identified 52 possible targets in the country and will hit it harder than ever before if Tehran, which has vowed "severe revenge", carries out any attack against America to avenge the killing of Soleimani.

Maj Gen Soleimani, 62, the head of Iran's elite al-Quds force and architect of its regional security apparatus, was killed when a US drone fired missiles into a convoy that was leaving the Baghdad International Airport early on Friday. The strike also killed the deputy chief of Iraq's powerful Hashed al-Shaabi paramilitary force.

Soleimani's killing was the most dramatic escalation yet in spiralling tensions between Iran and the US.