Heavy rains and floods have claimed at least 48 lives in Pune, Aurangabad and Konkan divisions in the last three days, while crops on lakhs of hectares have been damaged. 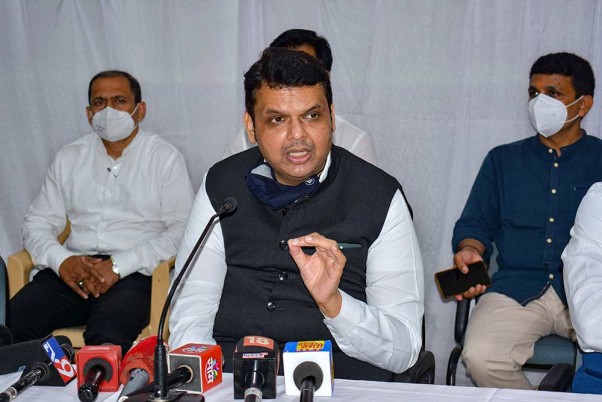 BJP leader Devendra Fadnavis on Saturday announced that he would be touring the rain and flood-affected districts of Maharashtra from October 19.

Heavy rains and floods have claimed at least 48 lives in Pune, Aurangabad and Konkan divisions in the last three days, while crops on lakhs of hectares have been damaged.

In an official statement, Fadnavis said he would start this tour from Baramati, the hometown of NCP chief Sharad Pawar, and would visit nine districts including Pune, Solapur and Osmanabad.

The purpose of the visit is to offer support to farmers who suffered crop damage due to rains, the release stated.