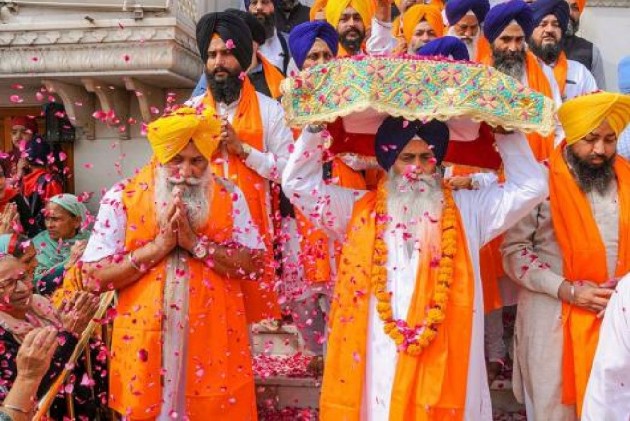 A sea of devotees thronged the Gurudwara Harmandar Sahib, popularly known as Golden Temple in Punjab on the 550th birth anniversary of Sikhism founder Guru Nanak Dev on Tuesday.

Bhavisha Sharma, a devotee said: "Our family has come to the golden temple on the 550th birth anniversary of Guru Nanak Dev ji. We took a holy dip and had Prasad."

"We offered prayers and took a dip. Kartarpur corridor has now opened. I hope that I will go there soon to seek blessings of Guru Nanak Dev ji," another devotee said.

An Indian national residing in Canada expressed gratitude to the government for opening the Kartarpur Corridor.

"I along with family have come from Canda to celebrate. I would also like to thank the government for opening the Kartarpur Corridor.

November 9, Prime Minister Narendra Modi and his Pakistani counterpart Imran Khan inaugurated the Kartarpur corridor at Gurdaspur and Kartarpur respectively, facilitating the visa-free travel of Indian pilgrims to Kartarpur Sahib, which is the last resting place of Guru Nanak Dev.