The Directorate General of Civil Aviation (DGCA) has come into action after videos and pictures circulating on social media showed television journalists jostling on board in order to talk to kangana Ranaut. 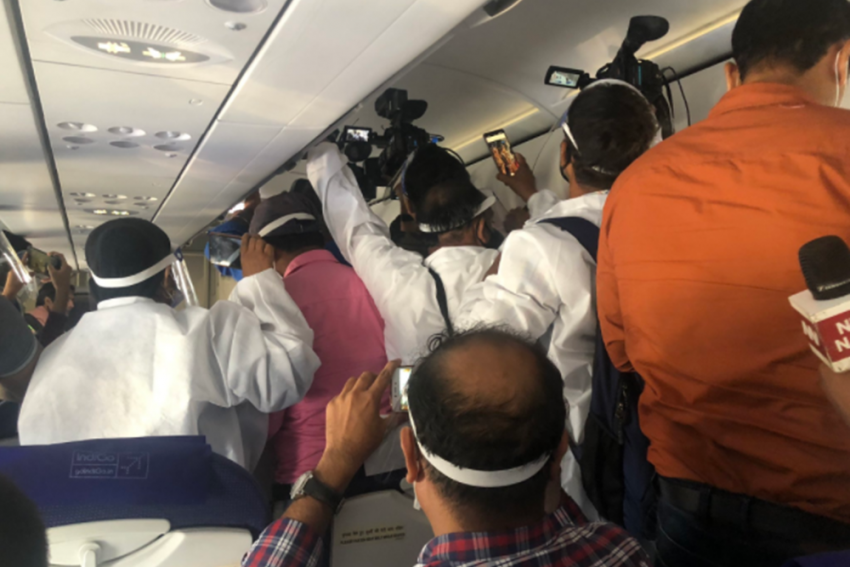 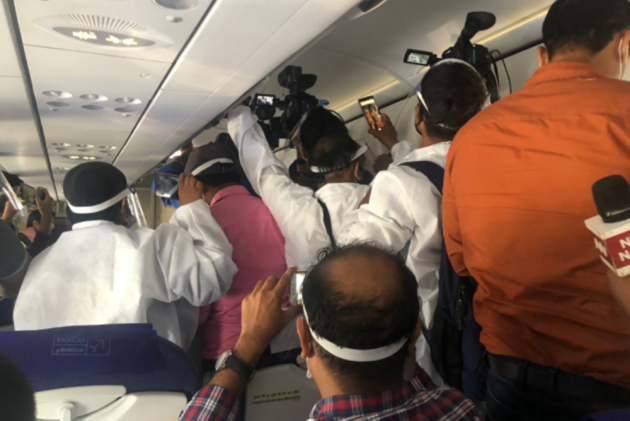 The aviation regulator, Directorate General of Civil Aviation (DGCA) has asked private airline IndiGo to file a detailed report on the action taken against the alleged violations of air safety norms by media persons during a flight which had actor Kangana Ranaut on board. Ranaut was flying from Chandigarh to Mumbai.

The DGCA has come into action after videos and pictures circulating on social media showed television journalists jostling on board in order to fetch an interview from Ranaut.  While doing so the journalists violated Covid-19 protocols, as well as air safety norms.

In that video, journalists can also be seen ignoring repeated requests and warnings from the pilot and the cabin crew.

Arun Kumar, DG, Civil Aviation has confirmed to Outlook that he has issued a notice to IndiGo and if violations are established then such behaviour will invite action under ‘Handling of unruly passengers’ section of civil aviation rules which has been in effect from 2017.

The DGCA added, "There are multiple issues. The prominent ones include photography on Board in violation of Aircraft rules 13, Violation of Covid protocols and certain actions falling within the purview of unruly behavior on board. We have asked the Airline to take appropriate action against those responsible."

It was reported that when Ranaut and her sister took the flight 6E 264 from Chandigarh to Mumbai on September 9, some media persons flying on the same flight tried to mob her for interviews.

Besides social distancing norms, media persons also violated several air safety norms such as not being seated with fastened seat belts when the aircraft was on the runway and taking pictures on board.

The punishment ranges from a ban on flying from three months to over two years.

Outlook reached out to Indigo Airlines for a comment but did not get a response.