Chief Minister Jai Ram Thakur who flew to Dharamshala and reached straight to the affected villagers and offered Rs 4 lakh ex gratia to the kin of the deceased. 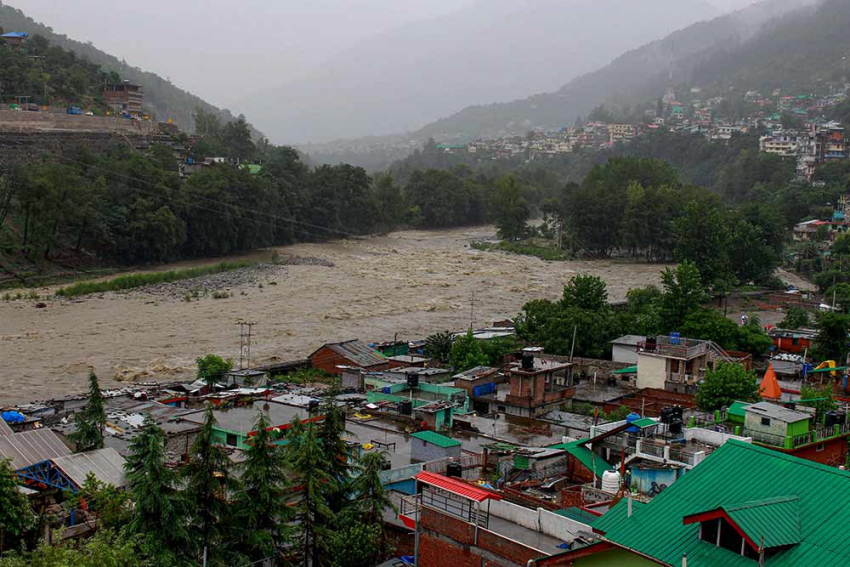 There is a trail of death, destruction and an atmosphere of grief all over the Boh valley of Himachal Pradesh, one of  Dharamshala’s rural outskirts that was badly hit by natural calamity following a cloudburst, incessant rains, flash floods, landslides and homes collapsing.

Chief Minister Jai Ram Thakur who flew to Dharamshala and reached straight to the affected villagers, admitted that at least 10 persons were missing while five had been rescued by the NDRF with the help of the locals.

Two bodies of women have also been recovered.

However, reports with the local administration reveal that the toll in the state, after Monday’s tragedy, has reached 12.

In Dharamshala, Thakur said an advisory have been issued to all the tourists, pilgrims and locals to avoid travelling to the places prone to flash floods, landslides and disruption of road communications.

Dozens of tourists staying at hotels in the McLeodganj area had to run out of the rooms on Monday to save their lives when gushing water entered the hotel and resorts and some buildings also collapsed in front of their eyes because of a flash flood triggered by the cloudburst. Utter panic and confusion prevailed in the areas which was inundated with rain and storm water entering residential and commercial properties.

"Thankfully the tragedy did not happen in the night hours. Otherwise, it could have turned out to be a massive disaster and human loss," Ashwani Bamba, president of Dharamshala Hoteliers association, said.

The Chief Minister undertook an aerial survey of the flash flood-affected area and also met the affected families later. He directed the district Kangra administration to take up the relief and rehabilitation work on war-footing in the affected areas.

The Chief Minister said that a team of NDRF was coordinating the district administration in rescue and relief works and all efforts were being made to trace the missing persons. The rescue operation was in full swing to save those still buried under the debris of the buildings and mudslides.

Thakur also spoke telephonically to Deputy Commissioner Sirmaur Ram Gautam and enquired about the efforts being made by the NDRF and district administration to rescue the persons who got stranded on the island in Giri river in Paonta Sahib sub-division of Sirmaur district on Monday.

Deputy Commissioner Nipun Jindal said the rescue operations were still going on, but that the chances of survival of the missing persons were bleak.

There was a pall of gloom and cries as kin gathered around the debris of five houses that had been buried under a landslide. Local MP Krishan Kapoor had a tough time consoling the wailing family members of the affected families, many of whose family members remained missing.

During the flash floods, there were shocking scenes of dozens of luxury cars of the Punjab and Haryana tourists floating in the water and strong waves washing away buildings . Some people have blamed unauthorized constructions as being part of the reason for choking of the stormwater and flooding of the bazaars .