The MeT department has issued an orange weather warning of heavy to very heavy rains in plains and mid-hills on July 12 and 13 July and yellow weather warning for July 14 and 15. 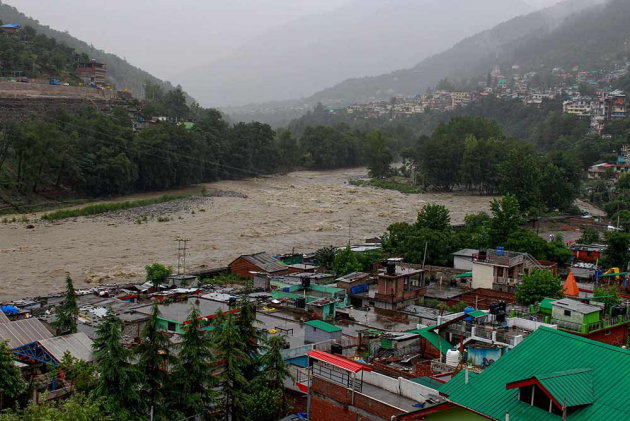 Following widespread damage caused by flash floods in parts of Himachal Pradesh on Monday, the Chandigarh Manali Highway has been closed due to a landslide near Pandoh. Visitors and commuters have been asked to avoid this route and take IIT Mandi Route instead in order to reach Kullu and Manali.

The landslide followed flash floods in several parts of Himachal Pradesh including Dharamshala and McLeodganj on Monday. Reacting to the situation, Prime Minister Narendra Modi tweeted in cognisance.

"The situation in Himachal Pradesh due to heavy rains is being closely monitored. Authorities are working with the State Government. All possible support is being extended. I pray for the safety of those in affected areas," Modi said.

Lightning Strikes Kill 56 In UP And Rajasthan, Ex-Gratia Announced For Victims

Home Minister Amit Shah took cognisance of the matter and assured support to the state. Taking to Twitter, Shah wrote in a tweet in Hindi that he had spoken to Himachal CM Jairam Thakur regarding the matter and also assured that an NDRF team has been deployed to carry out rescue work in the hill state.

In his tweet, Shah also added that the Centre will provide all possible assistance to the state at the time of the crisis.

Incessant rainfall crippled the normal life in Himachal Pradesh on Monday. With a cloudburst being reported in Dharamshala,  a flood-like situation was triggered, causing widespread damage. The national highway near Jhakri in Rampur area of Shimla district was blocked following heavy rainfall.

The cloudburst led to flash floods and caused damages to public property in tourist locations like Dharmshala and McLeodganj.

According to reports, landslides and uprooting of trees may occur due to rainfall and MeT has alerted the general public and tourists not to venture near the river banks as the water level may increase.