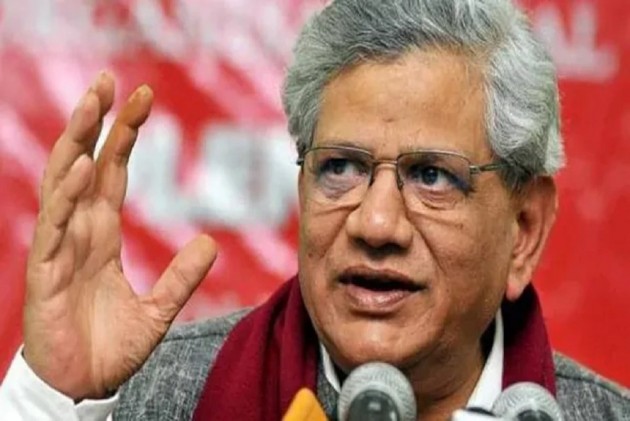 CPI(M) general secretary Sitaram Yechury on Thursday hit out at Prime Minister Narendra Modi and accused him of “diabolic doublespeak”, while destroying democracy, hours after he laid the foundation stone for the new Parliament building in the national capital.

Asserting that Indian democratic traditions predate the Magna Carta, a 13th-century document many scholars consider as the framework for a modern republic, Modi said on Thursday that the day is not far when the world will term India as the "mother of democracy" if Indians extol the country's democratic history with confidence.

Laying the foundation stone of a new Parliament building here, Modi quoted ancient texts and referred to kingdoms like that of the Licchavis, referred as a republic in many texts, to say that democracy is mostly about polls and governance in the rest of the world, but in India it has been a "value, a way of living and the soul of the nation''s life".

Systems and norms may have changed from time to time but democracy always remained our soul, he said.

Attacking the Prime Minister, Yechury said in a tweet: “Mr Modi is giving a moral lecture on the ‘values’ & ‘culture’ of democracy while in practice destroying democracy mercilessly, assaulting all dissent & preventing our youth from even choosing their life partners: diabolic doublespeak.”

Mr Modi is giving a moral lecture on the ‘values’ & ‘culture’ of democracy while in practice destroying democracy mercilessly, assaulting all dissent & preventing our youth from even choosing their life partners: diabolic doublespeak.

The Left leader also questioned the priorities of the government and termed the foundation stone laying of the new Parliament a “colossal waste of resources”.

The new building will have an area of 64,500 square metres and will also have a grand Constitution Hall to showcase India's democratic heritage, a lounge for members of Parliament, a library, multiple committee rooms, dining areas and ample parking space.

It will be built at an estimated cost of Rs 970 crore.

“A colossal waste of resources at this point of time when people need three meals a day, there is no clarity on the vaccine, jobs are being lost and farmers are on the streets. Is this the priority at this time?,” Yechury said.