Dialogue Can Lead To Solution: VP Naidu On Farmers’ Protests

Interacting with a group of farmers at his Hyderabad residence to mark 'Kisan Diwas', Naidu said any issue could be resolved through talks. 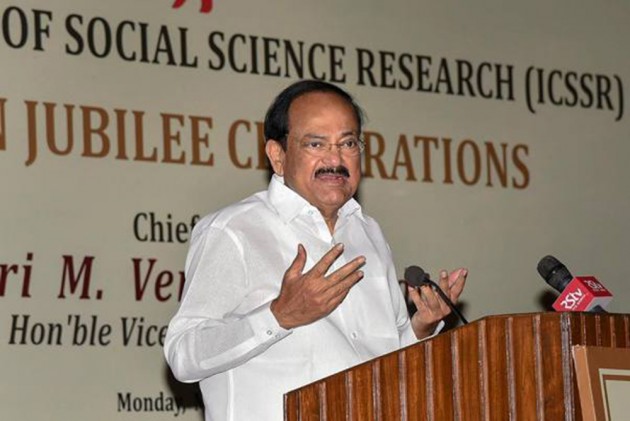 Vice President M Venkaiah Naidu on Wednesday emphasised that the current stalemate between protesting farmers and the Centre can be resolved through dialogue.

Interacting with a group of “progressive farmers” at his Hyderabad residence to mark 'Kisan Diwas', Naidu said any issue could be resolved through talks. He also pointed out that the government has already declared that it was always ready to hold talks with the farmers' organisations, an official statement said.

Thousands of farmers have been camping at various border points of the national capital for almost four weeks now. Protesting farmer unions, who have stuck to their demand for a complete repeal of the three recent agri laws, have not yet conveyed their decision on the central government's offer for fresh talks.

Before India Breaks Its Promises, The Cautionary Tale of the American Kisan

Ball In Your Court: Farmers Ask Govt To Come Up With Proposal, Not 'Love Letters'

The government has sent a draft proposal to unions offering to introduce at least seven amendments to the three legislations that were enacted in September.

So far, five rounds of formal talks have been held between the Centre and protesting union.
While the government has presented the three laws as major reforms, protesting farmers fear they would weaken the mandi and the minimum support price (MSP) systems and leave them at the mercy of big corporates. However, the government has maintained these apprehensions are misplaced and has accused opposition parties of misleading the farmers.
The vice president said food security and progress of the nation were closely linked to agriculture, which has to be protected and made sustainable and profitable.

Stating that the government has taken many initiatives with a view to double the income of farmers, he stressed on the need to increase productivity and make agriculture climate-resilient. There is also a need to promote crop diversification, organic farming and nutrition-rich varieties, Naidu said.

The Vice President said it was equally important to create adequate infrastructure, including cold storage facilities, transport and marketing mechanism for farmers. He said the e-NAM facility would help farmers to effectively market their produce.

Highlighting the need to supplement the income of farmers, he quoted a study carried out by MANAGE, which revealed that there was no suicide by farmers who had taken up allied activities and backyard poultry.

Naidu lauded the country's farming community for their selfless service in producing record food grains in spite of the hardship caused by the Covid-19 pandemic.

The farmers, some of whom came along with their family members, shared their experiences with the Vice President.