Did Former Pak Diplomat Really Admit Over 300 People Were Killed In Balakot Airstrike?

News platforms on January 9 claimed that the former Pakistani diplomat Zafar Hilaly admitted to the speculation that the Indian airstrike on February 26, 2019, killed 300 people on the Pakistani side in Balakot. 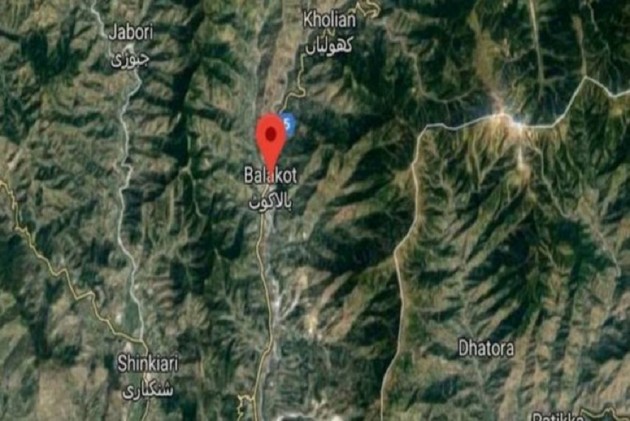 More than 20 Indian media organisations picked up a doctored video last week about the Balakot airstrike and went on to report falsely about the number of Pakistani casualties in the February 2019 incident, according to an investigation by AltNews.

News platforms on January 9 claimed that the former Pakistani diplomat Zafar Hilaly admitted to the speculation that the Indian airstrike on February 26, 2019, killed 300 people on the Pakistani side in Balakot.

After the incident, there was international speculation about the number of reported casualties, with even Defense Minister Nirmala Sitharaman said that the casualty figure will not be provided. Media reports had placed this number at 300 citing "top government sources". On the other hand, international media reported that no one had died as a result of the strikes due to lack of official confirmation.

Their reports, however, were based on a clipped panel discussion that surfaced on social media.

The media reports identify Hilaly saying this at a TV news debate: "India crossed the international border and did an act of war in which at least 300 were reported dead. Our target was different from theirs. We targeted their high command. That was our legitimate target because they are men of the military. We subconsciously accepted that a surgical strike — a limited action — did not result in any casualty. Now we have subconsciously told them that, whatever they will do, we’ll do only that much and won’t escalate."

AltNews looked for the provenance of the video, which was uploaded by HUM news on YouTube, as part of a program called "Agenda Pakistan". The original video was, however, cited by none of the media organisations. In the report published by Republic and NE Times,  a Twitter video of the programme was embedded.  On comparing the original video and the one embedded by Republic, AltNews found the video that sourced the false claim to be doctored.

At 5:29 minutes, in the next sentence Hilaly says that the Indian operation had failed: “Ittifaqan vo nahi mare, humne [India ne] ek football field ko bomb kiya. (Coincidentally, they [Pakistani people] did not die and India bombed a football field.)”

The vide on Twitter was found to have an abrupt cut around 0:7-0:9 seconds. AltNews found that the 'n' pronunciation in the word “marna (to kill)” had been edited out, making it sound as if Hilaly said “mara (killed)”.

Zafar Hilaly took to Twitter to yesterday to confirm that the recorded clip was doctored, saying that "the Indian government has gone to cut, splice, and edit the tape."

The extraordinarily extent to which the Indian Govt has gone to cut, splice and edit the tape of my Hum TV appearance suggests their desperation to prove what they failed to do, namely, lend credence to Modi’s lies about Balacot and his farcical claims.

The Times Of India has an item based on the cut, spliced and edited tape of my Hum TV talk. Lacking first hand proof re Balacot, Modi is desperate for 3rd party confirmation for his lies and, not finding any, is doing a terrible job making it up.

Hilaly was speaking about the intention of the Indian airstrike to kill 300 people, but the segment was not included in the clip which went viral and led to false media reports. The video transcript nullifies all claims of the Pakistani diplomat admitted to the number of casualties in the Balakot strike.