Didi Made It Clear My Joining TMC Shouldn’t Strain Her Ties With Sonia Gandhi: Sushmita Dev

Former Lok Sabha MP Sushmita Dev, who recently quit Congress to join the Trinamool Congress spoke to Outlook on the reasons for the switch, future plans, and opposition unity. 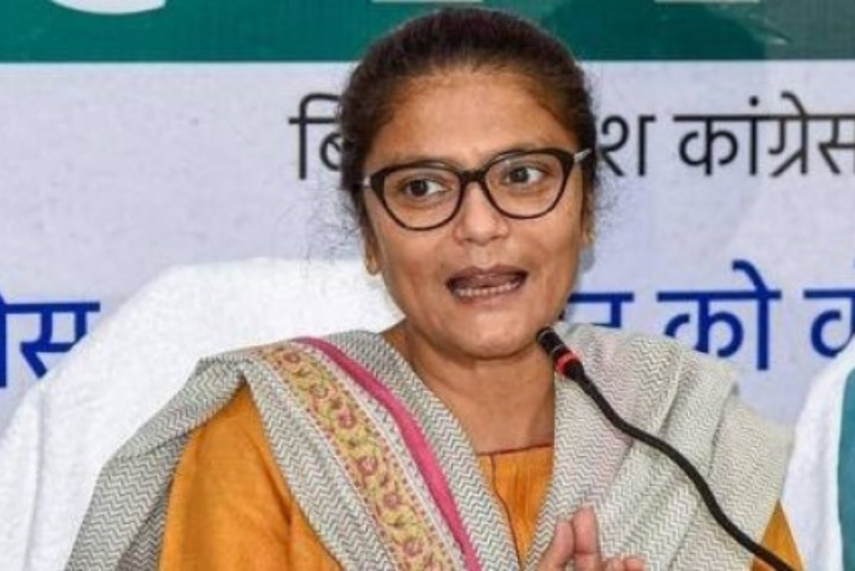 Former Lok Sabha MP Sushmita Dev, who recently quit Congress to join the Trinamool Congress spoke to Outlook on the reasons for the switch, future plans, and opposition unity.

You were one of the most visible young faces of the Congress party and seen as close to Gandhi's family. What prompted you to quit the party and join TMC?

I may have parted ways with the party, but it did not emanate from anger. We assume so because that’s what has been happening in the past. The basis of my decision is not angry with any of the Congress leadership. Whatever I had to say about the circumstances of my resignation, I've made it clear in my letter.

Many young leaders like Jyotiraditya Scindia, Pradyot Manikya Debbarma, Jitin Prasada, and now you have left the party. Is it a sign of the growing disillusionment with the leadership? You also held a prominent post as the president of All India Mahila Congress...

I am not at all disillusioned with Congress. I understand at least and I'm in the know of things since they have confided in me. I am intelligent enough to understand the kind of issues Congress president is facing, and she is doing her best under such circumstances. There's no doubt about it.

You have quit the party at a time when Congress is taking initiatives to stitch up a wider opposition alliance for 2024 General Elections. Will it be a setback to the unity and strain the equations between Congress and TMC?

People in the country are desperate for a better alternative to Modi and the BJP. I think that's the mood of the nation and one recent survey shows that. If you look at the greater cause, someone like Sushmita Dev is irrelevant.

Didi and Abhishek Banerjee had clearly told me that I should not go public with whatever issues I have with Congress. Didi went to the extent of saying that she wouldn’t jeopardize the excellent relationship which she shares with Mrs Gandhi at any cost.

Is the TMC poaching young leaders from Congress?

How is it poaching? Mamata Banerjee has emerged as a leader in West Bengal after leaving the Congress. Today, Congress and Mamata are working together for a greater cause. I don't think I have such clout that it would come in between Didi and Mrs Gandhi. We are fighting a fascist party and a dictator. Our focus is there. When Abhijit Mukherjee left Congress, nobody said anything. But when I left, people are talking about opposition unity.

Are you more hopeful about TMC than Congress in fighting the BJP? You could have fought BJP as a part of Congress also…

I made an assessment of the situation and I felt that if I want to defeat the BJP from where I come and where I want to go, Mamata Di has an advantage. Given the assessment of my situation, I'm in a better position to fight the BJP by joining Trinamool. But that doesn't mean that I'm saying Congress is weak. There are certain situations and places in which Congress is in a much better position to fight the BJP. I have no problem with that and I hope they succeed.

You were unhappy with Congress since the Assam election. There were rumours of you not participating in poll campaigns. Has that led to the decision of joining TMC?

I was very much a part of the Assam campaigns. They put my face on every poster, which has never happened in the history of Assam Congress politics. We did a yatra with all the leaders. You can go back and look at my Twitter handle. BJP ran a rumor campaign that I was leaving the party. It was fair on my part not wanting to give up certain seats to an alliance partner and fighting for our due. I have the right to raise my voice inside the party when I see that the alliance partner was not given due share. But I didn’t give a single press statement about this. The alliance got nine out of 15 seats in Barat Valley and out of 47 seats in upper Assam and north bank, they got four. So clearly I performed. If I was unhappy, I wouldn’t have performed.

Who do you see as a bigger leader to lead the 2024 election? Rahul Gandhi or Mamata Banerjee?

This question repeatedly comes up ‘who's the bigger leader and which is the bigger party? We are focusing on the wrong thing. We have to first focus on joining forces and streamlining it so that we are battle-ready. Any leader, who is in electoral politics in a democratic country like India will have to see the pulse of the nation. You cannot pre-decide at this stage, who's going to do what. Undoubtedly, the mood of the nation is against the BJP. We want a united opposition that will take on the BJP, their money, and might and that should be our sole focus. If we start focusing on who's the Prime Minister, big brother, and small sister, then we are derailing from our main purpose. That is Didi’s vision.

Kapil Sibal held a meeting where senior TMC leaders like Derek O Brien were in attendance. The meeting was seen as a G-23 initiative. Also, O Brien was absent in Rahul Gandhi’s meeting...Isn’t the Opposition sending confusing signals?

Many opposition leaders will meet and discuss the future course of action on August 20for the 2024 General election. Sibal is a well-known lawyer and he is entitled to invite his friends for dinner. It was just to sensationalize things, nothing else. I prefer to look at the larger picture. G- 23 is something that happened internally in the party. It has nothing to do with the larger picture. In fact, it is too minuscule an event that is not even connected to what the opposition leaders are planning for 2024.

Do you have any grouse with the High Command? Some of the senior leaders complain about having not having access to the top leadership?

I don’t have any grouse with the High Command or any Congress leader. Let me put that on record.

In my case, I had complete access to the High Command. I would be lying if I say otherwise. Neither I have moved away from the larger picture nor compromised on my ideologies.

How did Congress react to your leaving the party?

Congress spokesperson Randeep Surjewala was polite and graceful about the news from what I hear. I'm sure some people aren't happy with it, which is quite natural. I don't take it personally.

How did the switch happen?

I'd rather not go on record with that. Let TMC leader Derek O'Brien answer that. I don't think it's proper and it’s irrelevant to discuss now.

What will be your role in TMC?

It has been barely 48 hours since I joined. My future course of action will be decided by Mamata Didi and Abhishek Banerjee. They told me to go back to my constituency and deal with the situation there. They will discuss my role after returning from there. Once they decide, they will go public with it

I had a long chat with Abhishek Banerjee. We spoke about TMC’s working system and about elections in West Bengal and Assam among other things. My father and Didi go back to long years. I think it's a nice thing for them to say that ‘you just joined a party, you've done politics in an area for 10 years and your father has done politics there for over 40 years, people will be wondering what's happening and you need to go back and settle things there. Didi also told me that I can’t abandon my people.

Have you been offered any role in Tripura as the party is now expanding its footprint there?

These things can’t be decided in 48 hours. Elections are not a joke. It's not possible to decide all that without first working there and building an organization on the ground. Without seeing the public view, we can’t say who is going to lead.