'Your Slap Will Be A Blessing For Me': PM Modi Responds To Mamata Banerjee

Addressing a rally in West Midnapore district on Wednesday, Banerjee has said that she felt like giving 'one tight slap of democracy' to Modi. 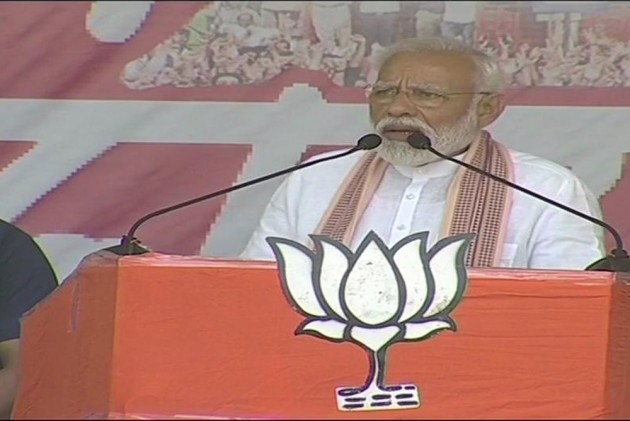 Taking a dig at Mamata Banerjee's remarks about giving him a "tight slap of democracy", Prime Minister Narendra Modi on Thursday said he would consider it as a blessing from "Didi".

"I am told Didi has said she wants to slap me. Didi...oh Didi....I call you Didi. I respect you. Your slap will be a blessing for me," PM Modi said.

"One can easily gauge the level of her anxiety hearing the language she has been using. Now she talks of stones and slaps for me... I am used to abusive language and have inculcated a power to digest all the slangs present in dictionaries around the world. But didi is now in a frenzied condition. Didi is even insulting the Constitution of the country," PM Modi said.

"You will be shocked to know she has been publicly saying that she is not ready to accept the Prime Minister of the nation, whereas she feels proud to accept Pakistan's Prime Minister," Modi said at an election meeting at Kamladanga in West Bengal's Bankura district.

Addressing a rally in West Midnapore district on Wednesday, Banerjee has said that she felt like giving "one tight slap of democracy" to Modi.

Modi also accused Banerjee of destroying Bengal for "the sake of her addiction of power in the state".

"Now, she is further bent on destroying the state out of fear of losing her power. She is not bothered about 'Ma Maati Maanush' but her own benefits, seat of power and also her relatives, nephew and extortionists," he said.

Modi said he was told that the Trinamool government tried their best to stop the Bharatiya Janata Party to hold the rally.

"But no one can stop the person who has the blessing of the people," he said.

Modi reiterated her earlier accusation that the Trinamool Congress chief neither received nor returned his calls to assess the losses inflicted by cyclone Fani last week.