Celebrities including Amitabh Bachchan, Akshay Kumar, VVS Laxman and others took to Twitter to pay tributes to Dilip Kumar, who died at 98 on Wednesday. 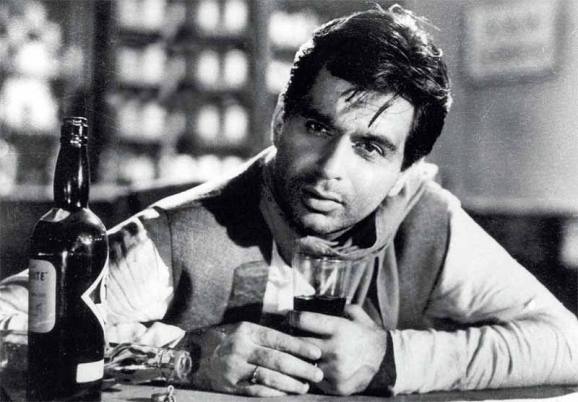 Beloved actor Dilip Kumar, known to generations of cinema-goers as the Bollywood's 'Tragedy King', passed away in Mumbai on Wednesday at the age of 98. The 'Mughal-e-Azam' actor had been ailing with age-related complications for some time and had been admitted to the Intensive Care Unit of Hinduja Hospital in Mumbai's Khar.

"With a heavy heart and profound grief, I announce the passing away of our beloved Dilip Saab, a few minutes ago. We are from God and to Him, we return," the tweet read.

Following the news, Bollywood actors and media persons took to the microblogging site to express their condolences and mourn the loss of one of India's oldest thespians.

Amitabh Bachchan took to Twitter to express his condolences and said Kumar was an "institution" in himself and he leaves behind an indelible mark on Indian cinema.

Actor Akshay Kumar tweeted that the legendary actor's passing away has left a huge void in the film industry.

To the world many others may be heroes. To us actors, he was The Hero. #DilipKumar Sir has taken an entire era of Indian cinema away with him.
My thoughts and prayers are with his family. Om Shanti ðÂÂÂÂÂÂÂÂÂÂÂÂÂÂÂÂÂÂÂÂÂÂÂÂðÂÂÂÂÂÂÂÂÂÂÂÂÂÂÂÂ» pic.twitter.com/dVwV7CUfxh

Shared many moments with the legend...some very personal, some on stage. Yet, nothing really prepared me for his passing away. An institution, a timeless actor. Heartbroken.
Deepest condolences to SairajiðÂÂÂÂÂÂÂÂÂÂÂÂÂÂÂÂÂÂðÂÂÂÂÂÂÂÂÂÂÂÂ¼#DilipKumar pic.twitter.com/Il8qaMOOhf

Cricketer VS Laxman also took to Twitter to pay tribute.

End of an Era.

My heartfelt condolences to #DilipKumar Sahab’s family and admirers all over the world. Legends like him live on through their exemplary work ðÂÂÂÂÂÂÂÂÂÂÂÂÂÂÂÂÂÂÂÂÂÂÂÂðÂÂÂÂÂÂÂÂÂÂÂÂÂÂÂÂ¼ pic.twitter.com/6mjyHQEcbP

Really sad to know that Dilip Kumar saab is no more. My heartfelt condolences to his family and friends. He was one of the greatest icons of the film industry and he will live on forever through his workðÂÂÂÂÂÂÂÂÂÂÂÂðÂÂÂÂÂÂÂÂ» #DilipKumar pic.twitter.com/cDM3hJ8RKG

An Era comes to an END in the Indian Film Industry.Deeply Saddened by the passing of LEGEND #DilipKumar Saab. One of the GREATEST Actors India has ever produced,an Acting Institution & a National Treasure. Enthralled the world for several decades.May his soul Rest in Peace. pic.twitter.com/f5Wb7ATs6T

Boxer and actor Vijender Singh expressed his grief at the passing of the actor whom he addressed as Yusuf Saab.

Academic and historians such as Irfan Habib also expressed grief at the passing of the Nehruvian doyen.

Dilip Kumar was not just a super performer, with his distinctive style, he was an erudite man. So well versed in literature, particularly Urdu and English poetry. Truly an irreplaceable loss. #DilipKumar

Many other actors also took to social media to pay their tributes. 'Family Man' actor Manoj Bajpayee tweeted that Dilip Kumar will always remain irreplaceable. "No one like you! Have a great journey from here on master... Rest in peace," the "Family Man" actor wrote.

Mehta referred to Kumar as one of the "greatest" actors and wrote, "There will never be another Dilip Kumar." Ghai, who worked with  Dilip Kumar in films like "Karma" (1986) and "Saudagar" (1991) said the actor's passing away was the "saddest day" of his life.

According to Kumar's doctors, the actor passed away due to prolonged illness at 7.30 am on Wednesday.