Discrepancies Of Over Rs 650 Crore Found After Raids On Taapsee Pannu, Anurag Kashyap, Claims IT Dept

The statement from the CBDT came as raids on the homes and offices of Taapsee Pannu, director Anurag Kashyap and his partners continued in Mumbai, Pune and Hyderabad for the second day. 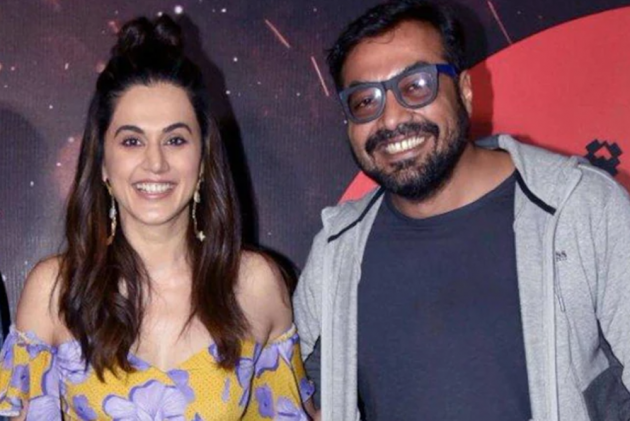 The Central Board of Direct Taxes on Thursday claimed that the Income Tax Department has detected financial irregularities of over Rs 650 crore after it raided two film production companies, two talent management companies and a leading actress,  but it did not take any names.

A day later, without naming the people or companies searched, the CBDT said the entities searched were mainly engaged in the business of production of motion pictures, web series, acting, direction and talent management of celebrities and other artists.

The statement from the CBDT came as raids on the homes and offices of Bollywood actor Taapsee Pannu, director Anurag Kashyap and his partners who launched the now-shuttered Phantom Films continued in Mumbai, Pune and Hyderabad for the second day. The searches also covered some executives of celebrity and talent management companies KWAN and Exceed, officials said.

The second film production company that was raided belongs to Kashyap, the sources said.

“Evidence of huge suppression of income by the leading film production house compared to the actual box office collections has been unearthed," the statement from CBDT, the administrative body of the IT Department, claimed.

"The company officials have not been able to explain discrepancy of around Rs 300 crore," it said.

Evidence related to "manipulation and under-valuation" of share transactions of the production house amongst the film directors and shareholders, with a tax implication of about Rs 350 crore has also been found and is being further investigated, it alleged.

"Evidence of cash receipts by the leading actress amounting to Rs 5 crore has been recovered and further investigation is going on," the CBDT claimed.

Also, "non-genuine or bogus expenditure" to related concerns by the leading producers and directors having tax implication of about Rs 20 crore has been detected, the statement said.

"Similar findings have been made in the case of the leading actress also," it alleged.

The statement added that "huge amount" of digital data has been seized in the form of emails, WhatsApp chats, hard disk from the offices of the two talent management companies.

A total of seven bank lockers were found and placed under restraint, the CBDT statement said.

The searches against Mantena are also being carried out in context of his links with KWAN, of which he is a co-promoter, officials said. While Kwan's client list includes Deepika Padukone, Exceed manages Saif Ali Khan and Sonakshi Sinha among others.

Pannu, 33, and Kashyap, 48, both known to be outspoken in their views on a range of issues, were shooting in Pune on Wednesday and were understood to have been questioned by the tax sleuths as part of the preliminary questioning that takes place during raids.

Kashyap and Pannu, who worked together in the 2018 film "Manmarziyaan",  are now collaborating in the upcoming film "Dobaara".

Pannu's last tweet was on March 1, when she spoke on the Supreme Court asking a man accused of repeated rape whether he was willing to marry the woman. When the court was told he is already married, he was asked to seek regular bail from the concerned court.

The actor, who has made a name for herself in films such as "Pink”, “Thappad” and “Badla", put out a strong worded post on the matter.

Kashyap, who had visited JNU and Shaheen Bagh during the anti-CAA protests last year and is also known to be vocal about his views, has been quiet on Twitter in recent times except for occasionally retweeting others.

Ruling allies Congress and NCP in Maharashtra had criticised the raids and termed them an attempt to suppress the voices of those who speak against the Narendra Modi-led government.