The military talks will be held to take forward the disengagement process in Hot Springs, Gogra and Depsang in eastern Ladakh, official sources said on Friday. 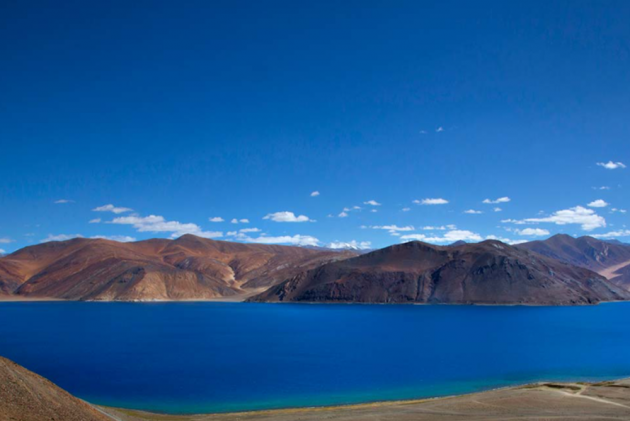 India and China will hold a fresh round of high-level military talks on Saturday after completing the withdrawal of troops and weapons from the north and south banks of Pangong lake.

The military talks will be held to take forward the disengagement process in Hot Springs, Gogra and Depsang in eastern Ladakh, official sources said on Friday.

Sources said pulling back of troops, weapons and other military hardware as well as dismantling of bunkers, tents and temporary structures in north and south banks of Pangong lake were completed on Thursday and both sides have carried out a verification of the same.

The tenth round of Corps Commander-level talks are scheduled to start at 10 am at the Moldo border point on the Chinese side of the Line of Actual Control, and will be the first engagement between the two sides at a senior level after conclusion of the disengagement process in Pangong lake areas, they said.

"Both sides will also carry out a comprehensive review of the disengagement process in Pangong lake areas," said a source.

Also on Friday, China for the first time officially acknowledged that four of its e soldiers were killed in the fierce clash with the Indian Army in the Galwan Valley in eastern Ladakh in June last year. India had lost 20 soldiers in the fierce hand-to-hand combat.

Sources indicated that during Saturday's talks, India will insist on a faster disengagement process in remaining areas to bring down tension in the region, which has witnessed a tense standoff between the two militaries for over nine months.

On February 11, Defence Minister Rajnath Singh told Parliament about an agreement between India and China on disengagement in the north and south banks of Pangong lake that mandated both sides to "cease" forward deployment of troops in a "phased, coordinated and verifiable" manner.

Under the agreement, he said China will pull back its troops to east of Finger 8 areas in the northern bank of Pangong lake while the Indian personnel will be based at their permanent base at Dhan Singh Thapa Post near Finger 3 in the region. Similar action would take place on the south bank of the lake, he said.

The sources said troops of both sides have retreated to positions that were agreed to by both sides.

The disengagement process began on February 10.

The Indian delegation at Saturday's talks will be led by Lt Gen PGK Menon, the Commander of the Leh-based 14 Corps while the Chinese side is expected to be headed by Maj Gen Liu Lin, the commander of the South Xinjiang military district of the People's Liberation Army (PLA).

In his statement in Parliament, the defence minister also said that it was agreed to convene the next meeting of senior commanders of both sides within 48 hours of completion of the disengagement in the Pangong lake areas so as to resolve all other remaining issues.

Days later, the defence ministry said other outstanding "problems" including in Depsang, Hot Springs and Gogra will be taken up at the upcoming talks between military commanders of the two countries.

Last year, the Chinese military built several bunkers and other structures in the areas between Finger 4 and 8 and had blocked all Indian patrols beyond Finger 4, triggering strong reaction from the Indian Army.

In the nine rounds of military talks, India had specifically insisted on withdrawal of Chinese troops from Finger 4 to Finger 8 on the north bank of Pangong Lake. The mountain spurs in the area are referred to as Fingers.

On its part, the Chinese side was insisting on withdrawal of Indian troops from several strategic peaks on the southern bank of the lake.

Around five months back, Indian troops occupied a number of strategic heights in the Mukhpari, Rechin La and Magar hill areas around the southern bank after the Chinese PLA attempted to intimidate them in the area.

Both sides had rushed a large number of battle tanks, armoured vehicles and heavy equipment to the treacherous and high-altitude areas of eastern Ladakh region after tension escalated following a deadly clash in the Galwan Valley in June last.

On Tuesday, the Indian Army released short videos and photographs showing thinning down of troops and dismantling of bunkers, camps and other facilities by the Chinese military in the areas around the Pangong lake.

The visuals also showed Chinese military using a bulldozer to flatten some structures, and vehicles with troops and equipment preparing to retreat to rear bases as part of the infantry disengagement.

The photos and videos largely depicted fast-paced disengagement process in both north and south banks of Pangong lake that included withdrawal of troops, removal of machinery and dismantling of temporary structures like bunkers, posts and tents.