Several activists, actors, singers and students condemned Disha Ravi's arrest, however, some others including BJP MP PC Mohan defended it. 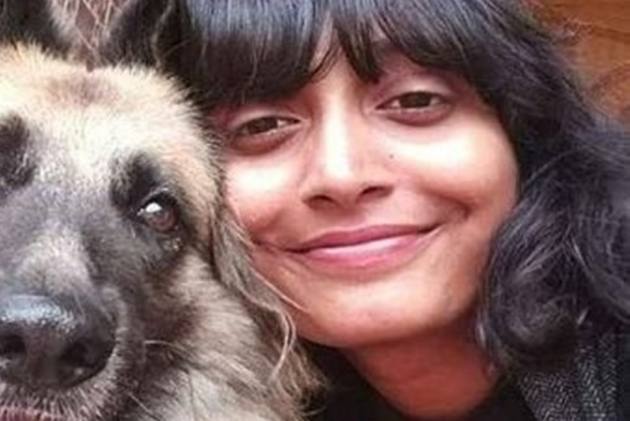 Disha Ravi, a 21-year-old student and climate activist from Bengaluru was arrested on Sunday for her alleged role in sharing a "toolkit" on social media related to the farmers' protest.

A Delhi court later sent her to 5-day police custody.

However, the arrest of the young climate activist drew major flak from various nooks and corners on social media as several celebrities and activists condemned the arrest.

Indian Carnatic vocalist T M Krishna took to Twitter and questioned if Disha’s arrest was not a sign of descending into a police state.

If arresting a 21 year old environmental activist for sharing a social media tool kit is not a sign that we have descended into police state territory, I don't know what is ?
And the intention is also to threaten young people of this country#DishaRavi

Actor Siddharth who is known for his role in ‘Rang De Basanti’ extended “unconditional solidarity” with Ravi.

Standing unconditionally in solidarity and support with #DishaRavi. I'm so sorry this happened to you sister. We are all with you. Stay strong. This injustice too shall pass. #shameondelhipolice

Completely atrocious! This is unwarranted harassment and intimidation. I express my full solidarity with Disha Ravi. https://t.co/bRJOeC9MnK

JNU student union president Aishe Ghosh said, “A 21 yr-old Climate Activist being arrested because of a "scripted story" the Govt. wrote to hide their failure, and just because more voices were uniting in support of our farmers.”

A 21 yr-old Climate Activist being arrested because of a "scripted story" the Govt. wrote to hide their failure, and just because more voices were uniting in support of our farmers.#DishaRavi pic.twitter.com/AoDI12jxXI

. @PMOIndia Immediately release #DishaRavi. Youth and environmental activists are the pride of their home countries & the entire globe. They're fighting for our futures. #ToolkitsAreNoConspiracy
Please Sign & Share the Petition! https://t.co/GzdTdDbl7y via @ChangeOrg_India

Ravi's arrest even attracted attention from some academicians like economist Steve Hanke who shared the video of Ravi's arrest.

#BREAKING: the #Indian police have arrested #DishaRavi after allegedly mobilizing support for a protest. The police flew her to #NewDelhi for interrogation in relation to suspected sedition. pic.twitter.com/YDefVf7jcy

While seeking her custody, the police told the court that the activist had allegedly edited the "toolkit" on February 3 and many other people are involved in the matter.

Disha Ravi, arrested by CyPAD Delhi Police, is an Editor of the Toolkit Google Doc & key conspirator in document's formulation & dissemination. She started WhatsApp Group & collaborated to make the Toolkit doc. She worked closely with them to draft the Doc. @PMOIndia @HMOIndia https://t.co/e8QGkyDIVv

Burhan Wani was a 21-year-old.

Ajmal Kasab was a 21-year-old.

Age is just a number!

No one is above the law.

Law will take its own course.

Ravi's family tweeted using her account and said the "family is disturbed."

Thankyou for raising voice for my sister. Our entire family is disturbed.#FreeDishaRavi https://t.co/qTZcc4XhPm