Following the Allahabad High Court Verdict in 1975, Emergency was imposed in the country. 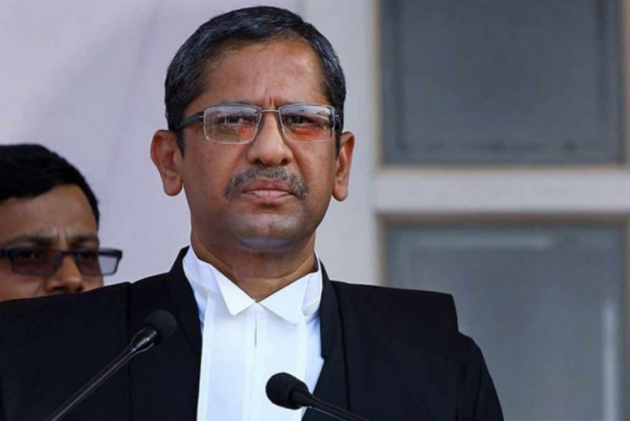 Chief Justice of India NV Ramana on Saturday termed the 1975 verdict of Justice Jagmohanlal Sinha of the Allahabad High Court disqualifying then Prime Minister Indira Gandhi as the judgment of "great courage".

The judgement had shaken the country, leading to imposition of Emergency.

The Chief Justice of India (CJI), who along with President Ram Nath Kovind, took part in the foundation stone-laying ceremony of the Uttar Pradesh National Law University.

"In 1975, it was Justice Jagmohanlal Sinha from the Allahabad High Court who passed the judgment that shook the nation, when he disqualified Smt. Indira Gandhi. It was a judgment of great courage, which could be said to have directly resulted in the declaration of Emergency. The consequences of which I do not want to elaborate now,” Justice Ramana said.

The CJI said that the Allahabad High Court has a history of more than 150 years and its Bar and Bench have produced some of the greatest legal luminaries in the country.

The June 12, 1975, verdict delivered by Justice Jagmohanlal Sinha of the Allahabad High Court had convicted the then prime minister of electoral malpractices and debarred her from holding any elected post under the Representative of Peoples Act.

The verdict is widely believed to have led to imposition of Emergency on June 25, 1975.

Indira Gandhi had won the 1971 Lok Sabha election from the Rae Bareli seat in Uttar Pradesh by defeating her opponent Raj Narain.

The defeated leader had challenged her election alleging electoral malpractices saying that Gandhi's election agent Yashpal Kapoor was a government servant and that she used government officials for personal election related work. (With PTI inputs)