Amit Shah said the judgement of the apex court has proved that disruption of Parliament over the Rafale deal was a 'sham'. 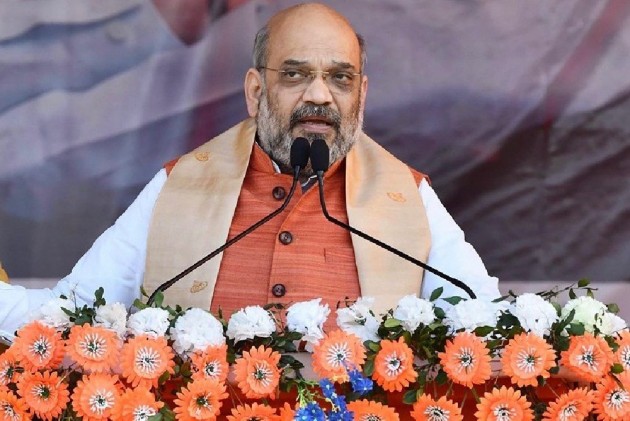 Union Home Minister Amit Shah on Thursday termed the Supreme Court verdict on Rafale deal a befitting reply to the leaders and parties who rely on "malicious and baseless" campaign. Shah also sought an apology from the Congress.

In a series of tweets, Shah said the judgement of the apex court has proved that the disruption of Parliament over the Rafale fighter aircraft deal was a "sham".

"Supreme Court's decision to dismiss the review petition on #Rafale is a befitting reply to those leaders and parties who rely on malicious and baseless campaigns," he said.

Supreme Court’s decision to dismiss the review petition on #Rafale is a befitting reply to those leaders and parties who rely on malicious and baseless campaigns.

Today’s decision, yet again, reaffirms Modi sarkar’s credentials as a govt which is transparent and corruption free.

The Home Minister said Thursday's order of the Supreme Court has yet again reaffirmed the Modi government's credentials as a government which is transparent and corruption-free.

"Now, it has been proved that disruption of Parliament over #Rafale was a sham.

The time could have been better utilised for the welfare of people.

"After today's rebuke from SC, Congress and its leader, for whom politics is above national interest must apologise to the nation," he said.

The Congress and its leader Rahul Gandhi have carried out an aggressive campaign before the last Lok Sabha elections against the multi-billion dollars deal to buy 36 Rafael fighter aircraft from France.

During the protests, the opposition parties disrupted the proceedings of both houses of Parliament for days together.

The Supreme Court on Thursday gave clean chit to the Modi government on the purchase of 36 fully loaded Rafale fighter jets from French company Dassault Aviation, rejecting the plea for registration of an FIR by the CBI for alleged commission of cognisable offence in the deal.