Prof. Manoj Kumar Jha, Rajya Sabha MP from Lalu Prasad Yadav’s Rashtriya Janata Dal (RJD), speaks on the follies of disrupting Parliamentary proceedings and why trust deficit among Opposition parties remains the biggest challenge to their coming together against the BJP. 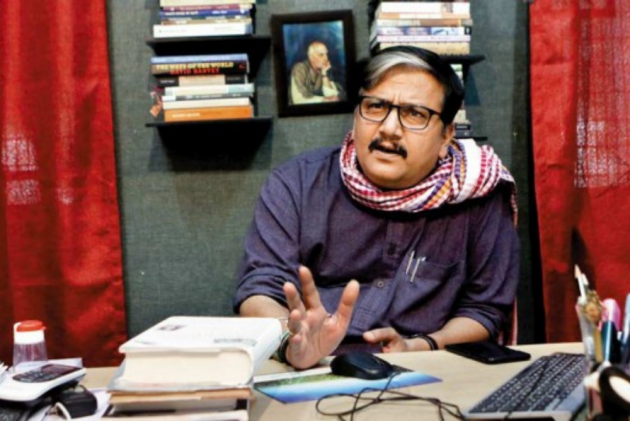 Continuing protest of farmers against controversial farm laws, rising inflation, spiralling fuel prices, deepening economic crisis, worrying spike in unemployment levels, troubling developments in France over the controversial Rafale deal and much more. As Parliament convenes for its monsoon session on July 19, the Opposition parties are ready with an arsenal of issues to corner the central government. However, as past sessions of Parliament have demonstrated, while the Opposition’s protests create disruption they do little to stall Prime Minister Narendra Modi’s legislative agenda.

At a time when hectic talks of Opposition unity to take on the BJP have caught public imagination and spurred fanciful notions of likely electoral scenarios that may come into play in 2024, will the monsoon session mark a more tangible course correction for the Opposition? Prof. Manoj Kumar Jha, Rajya Sabha MP from Lalu Prasad Yadav’s Rashtriya Janata Dal (RJD), speaks to Puneet Nicholas Yadav on the issues that the Opposition plans to raise, the follies of disrupting Parliamentary proceedings and why trust deficit among Opposition parties remains the biggest challenge to their coming together against the BJP. Excerpts:

The Parliament’s monsoon session is set to begin. What are the main issues that the Opposition parties want the government to respond to?

The most important issues emanate out of the mismanagement of the Covid second wave. The government has learnt nothing and is only busy putting out huge advertisements and billboards announcing fictitious achievements. The government, as we all saw, was conspicuous by its absence when lakhs of people died while others were running from pillar to post in desperate search of hospitals, oxygen cylinders and life-saving drugs. For nearly three months we were a grieving nation and that grief has to be communicated through the Parliament and through the government. The expression of grief must include everything from collapsed health infrastructure to the government’s complete denial of Covid deaths. We also have to raise the issue of massive unemployment the criminally high rate of inflation and rising prices of all essential commodities from cooking oil to petrol, diesel and cooking gas. The border situation also needs to be discussed with honesty because the government is still in denial. Look at the 1962 parliamentary debates when the government was not just honest in the admission of Chinese aggression but also open to criticism and suggestions. Now, the government is busy in obfuscation; different wings of the government are speaking in different voices. The denial of OBC reservation in NEET admissions also needs to be raised. And now, there is talk of the Pegasus tapping. If the allegations of Pegasus use and extensive phone tapping are true then it tells you that we don’t even have the mask of a democracy and have a purely autocratic government.

Over the last few sessions of Parliament, we have seen massive disruption by the Opposition while the government succeeds in ramming through controversial legislation. Does the Opposition today agree with the Opposition during the UPA era when the late Arun Jaitley had declared disruption to be valid parliamentary practice?

I think some lessons need to be forgotten and this applies to what Mr Jaitley had said. We must realise that Parliamentary democracy has a system – legislation and deliberation are the twin functions of this system. The Opposition creating din is understandable to some extent. What is happening today, or for the past few years, is that the government makes a deliberate attempt to trigger disruptions so that controversial legislation can be rammed through without discussion. This practice kills democracy systematically by throttling Parliamentary proceedings. I would urge the Opposition to not fall into this trap. I firmly believe that given the kind of situation we face today, the Parliament needs to go back to its roots. We must ensure that Parliament reflects the will and views of the people. Disruptions don’t help the Opposition because ultimately we deny ourselves a chance to expose the government’s lies and obfuscation. When Parliament doesn’t function due to disruption, the government’s spin doctors, who work 24X7, get a chance to push their own narrative as the truth. Symbolically, the Opposition can disrupt to register their protest… do it for an hour but please, get back to discussions then. What happened with the farm laws… they were passed in din despite vast resistance from Opposition members in the Rajya Sabha… let that be a lesson for everyone in the Opposition.

I do not think the passage of contentious laws in Rajya Sabha despite the government lacking numbers is a result of poor floor management or lack of Opposition unity alone. What has been happening, unfortunately, is that though the government lacks a majority in the Rajya Sabha, it musters the number through backdoor negotiations. There are political parties in the Opposition, and I do not wish to name them because we all know who they are, who speak one language outside the Parliament and another inside the Parliament. When we ask these parties to support us against the government on some legislative agenda, they agree but at that crucial moment when such Bills are put to vote, these parties walkout. Walking out is basically a strategy through which you want to tell the world that you don’t favour a certain law but then numerically you help the government by tilting the majority in their favour. This practice has become the hallmark of some Opposition parties. I can only tell these parties that there should not be any distinction between what you say outside Parliament and what you act inside. History shall not judge fence-sitters kindly.

You are a member of the Rajya Sabha which has some of the senior-most leaders from Opposition parties, including Sharad Pawar who is being hailed by some sections as the potential face of a federal front. If the Opposition can’t even function unitedly in the Rajya Sabha despite these stalwarts, how do we expect them to come together electorally? Who’s responsible for bringing the Opposition together?

I think Opposition unity can certainly be achieved but let us be frank in admitting that there is a trust deficit between some of the Opposition parties. This trust deficit needs to be acknowledged. Once we acknowledge our trust deficit, then we can work around it and move towards consensus on issues. Right now, we don’t even acknowledge this. I can vouch for the fact that if there are honest attempts, a greater and lasting unity can be achieved. Senior leaders of today have to realise that the crisis we are facing today in this country can be dealt with if there is a sense of the collective…this should translate into a political and psychological sense of collective. You ask any common person on the road and she will tell you that the Opposition must come together to defeat the BJP. This coming together cannot mean ‘living together separately’ but ‘living together and working together; period’.