District Magistrate Vijay Bharti, who inspected the area on Thursday, said the wall if built, could hinder people's movement along the route. 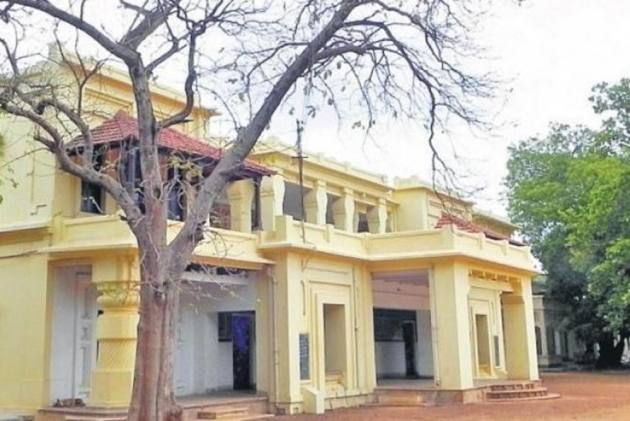 Bengal's Birbhum district on Friday issued an order, asking Visva Bharati authorities to immediately stop the construction of a wall along a road - which connects the twin towns of Santiniketan and Sriniketan.

District Magistrate Vijay Bharti, who inspected the area on Thursday, said the wall if built, could hinder people's movement along the route.

Locals had long been using the route, and no restriction can be imposed all of a sudden, he said, adding that problems need to be solved amicably through discussions.

Visva-Bharati authorities, however, refused to comment on the matter.

The administration has also taken over another road -- connecting Upasana Griho to Kalisayar More -- from Visva-Bharati, which was inaugurated in 2017.

Several heritage buildings, including the Rabindra Bhavan museum, and monumental sculptures -- the ones built by artist Ramkinkar Baij -- dot the 2.9-km road.

Chief Minister Mamata Banerjee, during her recent visit to Bolpur, had said that the Public Works Department would take back the possession of the road from the varsity.

Authorities of the central university had recently drawn the ire of Banerjee after media reports suggested that vice-chancellor Bidyut Chakrabarty accused Nobel laureate Amartya Sen of illegally occupying the land.

Last year, the state had locked horns with Visva-Bharati officials over the erection of a wall around the Poush Mela ground, in the vicinity of the varsity campus.