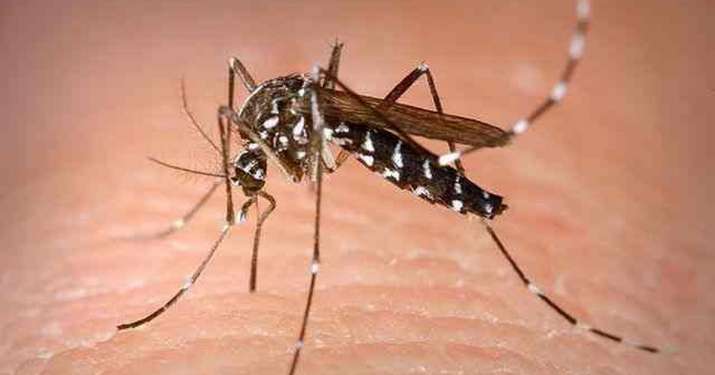 Battling a deadly outbreak of dengue and viral fever that has claimed 55 lives so far, the Firozabad district administration is releasing about 25,000 mosquitofish that eat larvae of dengue-breeding mosquitoes in ponds to check the spread of the disease.

So far, 144 persons in the state have succumbed to dengue. In Mathura, 21 persons have lost their lives to dengue. Deaths have also been reported from Hathras and Kasganj as well.

Premi added that 50 packets of fish seeds have been acquired from Badaun to start with.
The district administration is going with the experiment having seen its success earlier in Bareilly and Baduan districts, he said.

The CMO said that a Gambusia fish eats about 100 larvae daily, and added that the measure will also be effective against malaria.

Dengue and viral fever have claimed 55 lives in over a fortnight in the district in Uttar Pradesh. Hundreds of people are also undergoing treatment for the diseases.

District Magistrate Chandra Vijay Singh had recently directed health and municipal corporation officials to conduct a door-to-door survey to drain out stagnant water from coolers, pots and other utensils.

As on Sunday (Sep 5), as many as 105 patients of dengue and viral fever were admitted to the government medical college in UP’s Firozabad, where the diseases have claimed 51 lives so far. No death was reported on Sunday.

Meanwhile, a village panchayat official was suspended for laxity.

The principal of the medical college, Dr Sangeeta Aneja, said, "Today, 105 new patients of dengue and viral fever were admitted while 60 people recovered.” As of now, 447 patients are admitted to various wards, she said.

She added, "The death toll stands at 51. No child died in the past 24 hours in the medical college."

Nodal officer Sudhir Kumar Bobde also visited affected areas such as Sudama Nagar and Ailan Nagar, enquiring about people’s well-being and urging them to inform the Health Department in case of dengue and viral fever.

He asked the public to refrain from storing excess water.

Pragatisheel Samajwadi Party (Lohia) chief Shivpal Singh Yadav too visited the medical college and enquired about the well-being of the patients admitted there.

Shivpal told reporters that over 200 patients of dengue and viral fever come everyday to the hospital.

"There is a shortage of beds and the medicine given is of not good quality," he alleged.
Firozabad, which is around 50 km from Agra and 320 km from state capital Lucknow, has been battling an outbreak of dengue and deadly viral fever for the past two weeks, with most of the victims being children.

Some cases have been found in neighbouring Mathura, Agra and Mainpuri, according to officials.

On Thursday (Sep 2), three Firozabad doctors were suspended on charges of laxity.

Amid the rising toll, District Magistrate Chandra Vijay Singh suspended three doctors with immediate effect on charges of negligence and warned government doctors of strict action for any negligence in treatment to ailing people.

Earlier on Wednesday, Firozabad’s Chief Medical Officer Neeta Kulshresth had been removed following the spate of deaths, mostly children, since August 18 due to the viral fever and suspected cases of dengue.

An ICMR team, meanwhile, rushed to Firozabad and remained busy all through the day, collecting larvae in the affected areas for the investigation to find out the variant causing the health problem in the district.

The team members also visited various affected areas and talked to people suffering from the fever and based on their symptoms, collected samples for finding out the cause of fever.
The surveillance team is also working on controlling the spread of mosquitoes and checking the types of mosquitoes, Dr Singh said.

A senior Medical Department official said cases similar to those in Firozabad have also been reported from nearby districts of Mathura, Etah and Mainpuri.

BJP MLA Manish Asija, meanwhile, claimed that on the basis of information available with him, the death toll has reached 61.

Asija said he is constantly moving about in the area to meet the victims’ families and collecting information about deaths.

Chief Minister Yogi Adityanath too had visited the district on Monday and given strict instructions to the officials to look into the matter.

UP's Health Minister Jai Pratap Singh dismissed Asija's claims about the deaths of children due to dengue. "The news is wrong and there is no such report," Singh had said.

"At present, 166 patients are admitted in the state. The deaths which were reported before the visit of UP Chief Minister to Firozabad took place in private hospitals and homes. After the death, the last rites were bodies were performed, and hence their samples could not be taken, and no tests could be performed," Singh added.

Congress leader Umashankar Pandey said that dengue strikes every year, but the BJP government of the state does not prepare itself for this, as a result of which the common public has to bear the brunt of the disease. If the mosquito larvae were killed in advance, this situation could have been prevented.