However, the DMK front is sweeping Chennai and was leading in all 13 seats led by Stalin and his son Udhayanidhi; AIADMK puts up a strong show 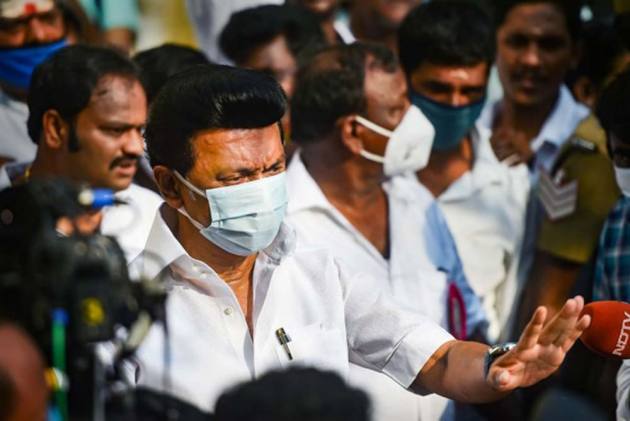 The DMK looks to form the next government in Tamil Nadu but nowhere with the sweep that was predicted by the opinion and exit polls. Though the DMK front was leading in 139 seats, the DMK by itself was struggling to cross the halfway mark of 117 seats in the face of a tough fight put up by the AIADMK and its allies at noon today.

The AIADMK was leading in 78 seats while its allies PMK in 7 and the BJP in 5. In the DMK front the Congress was leading in 13, MDMK in 3, CPM, CPI and VCK in two each. The difference in vote share between the two fronts is just three per cent which showed that the contest was much closer than anticipated.

Actor turned politician Kamal Haasan was leading from Coimbatore South the only candidate of his MNM sensing victory. However, TTV Dhinakaran of the AMMK after a small lead in the beginning was trailing in the Kovilpatti seat while his party was pushed to the third place in other places. Another player – Seeeman’s NTK – has not performed as much as it was hyped by some pollsters.

BJP Front Ahead In Puducherry

The DMK front is sweeping Chennai and was leading in all 13 seats led by Stalin and his son Udhayanidhi. Actor Khushbu was trailing the DMK candidate in Thousands Light. On the other hand the AIADMK appears to be holding on to its stronghold in Western TN and has softened the blow in Southern TN in spite of the challenge posed by AMMK.

The final picture might be a reverse of the 2016 results with one difference – the DMK may not enjoy the same comfortable majority of 136 that the AIADMK had managed then.