Anbazhagan was the DMK MLA from Chepauk-Thiruvallikeni constituency in Chennai district. 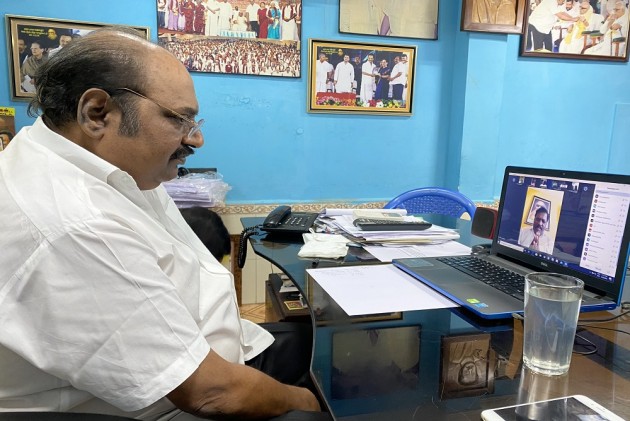 DMK MLA from Chepauk-Chepauk-Triplicane, J. Anbazhagan, became the first VIP victim of coronavirus from Tamil Nadu when he died at a private hospital in Chennai on Wednesday morning. He was 62 and died on his birthday.

"Inspite of full medical support, including mechanical ventilation at our COVID-19 facility, he succumbed to his illness," Dr Rela Institute and Medical Centre said in a statement.

Anbazhagan was a district secretary of the DMK and was admitted to the hospital on June 2 after complaining of breathlessness. He was tested for Covid-19 and the result came out positive.

He also suffered from kidney and liver ailments, having undergone a liver transplant a decade ago. Known for his outspoken nature, he had, during the last meeting of district secretaries over video conferencing in May, critcised the party decisions being influenced by election analyst Prashant Kishore and his team, engaged to shape DMK's election strategy for the May 2021 Assembly elections.