Doctors And Nurses, The Real Soldiers Fighting Coronavirus, Can't Even Get To Hospitals With Dignity

Though the government has exempted essential services such as hospitals to function without any hindrance, hospitals and doctors associations have claimed that the absence of public transport is impacting their movement in a big way. 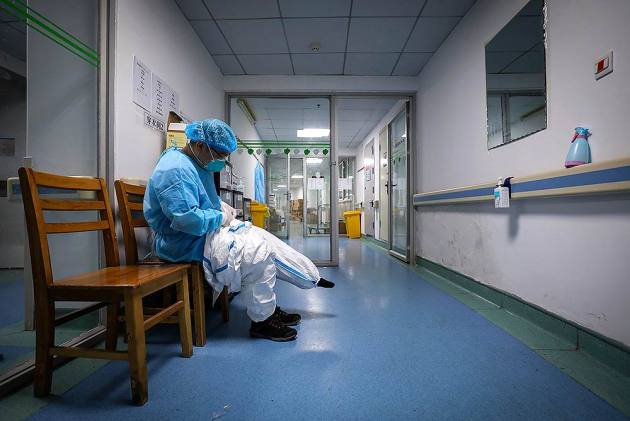 A large number of medical practitioners and paramedics have found it difficult to reach hospitals due to the Coronavirus lockdown. Though the government has exempted essential services such as hospitals to function without any hindrance, hospitals and doctors associations have claimed that the absence of public transport is impacting their movement in a big way.

Dr Adarsh Pratap Singh, President, Resident Doctors Association, All India Institute of Medical Science, (AIIMS) says: “A lot of doctors and paramedics at AIIMS are finding it difficult to reach the hospital as there is no public transport. I am receiving similar complaints from other states also. I request the Union Health Ministry to direct both private and government hospitals to make a special arrangement for medical staff. When a premier institutions like AIIMS is facing such problems, one can imagine the situation in other states."

A paramedic from Safdarjung Hospital who didn't want to names says he asked his friend to drop to the hospital. “Today he dropped me after a lot of requests but he will not do it from tomorrow. While coming to the hospital I showed my ID card to police and they allowed me but he was stopped on his way back. The government must do something,” he said.

Dr Raj Bahadur of National Medical Commission (NMC) says though he hasn’t received any such complaint yet but admits it's a genuine problem. “I think all hospital should employ a private bus, make a defined route for pick-up and drop. A lot of doctors own vehicles but paramedics are normally dependent on public transport,” he says. It is tragic that the brave doctors, paramedics, nurses, attendants who are putting their life in danger to fight the pandemic can't even get to their work place with dignity.