A junior doctor in Kolkata was attacked by a patient's family members, triggering a massive outrage across the country against the rising attacks on doctors. 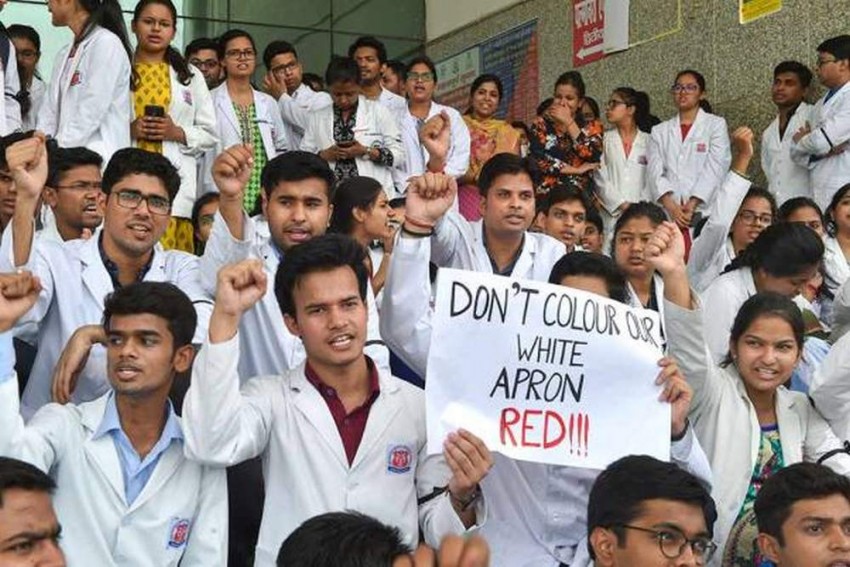 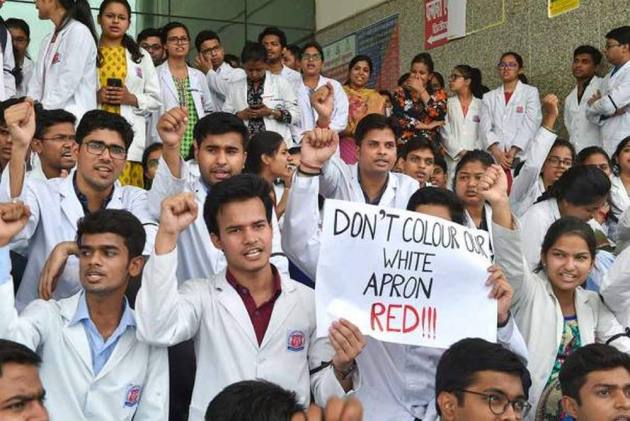 West Bengal Chief Minister Mamata Banerjee asked the police to appoint nodal officers for the security of doctors at all government hospital in the state as she met the striking medicos on Monday in a bid to end the week-long impasse.

In the meeting held at the state secretariat, which was attended by West Bengal health secretary, MoS Chandrima Bhattacharya and other state officials, besides 31 junior doctors, the delegation apprised Banerjee of the problems they have been facing at medical colleges and hospitals and said they fear for their safety.

Banerjee asked the police officers present in meeting to appoint nodal officers for hospitals in the state for security of doctors.

The CM told the striking doctors that no doctor has been booked by the state government.

The state government which had consented to protestors demand that meeting should be held in the presence of media, allowed only two regional news channels to cover the meeting.

The representatives of the joint forum of junior doctors also sought exemplary punishment for those involved in assault on doctors at NRS Medical College and Hospital on June 11.

Banerjee also directed formation of grievance redressal units in all state-run hospitals as proposed by the junior doctors.

Junior doctors in West Bengal are on strike since June 11 after two of their colleagues were reportedly attacked and seriously injured by relatives of a patient who died at the NRS Medical College and Hospital in Kolkata.

Meanwhile healthcare services were hit across India on Monday as doctors resorted to 24-hour cease-work and joined the nationwide protest against the recent assault on their counterparts in West Bengal.

In Delhi, scores of doctors, including those at the All India Institute of Medical Sciences (AIIMS),  decided to boycott work for a day.

Resident Doctors' Association of the AIIMS in Delhi, which earlier decided not to join the strike, announced withdrawal of all nonessential services from noon after a junior doctor at its trauma centre was assaulted in the early hours of Monday.

The medico at the Jai Prakash Narayan Apex Trauma Centre was allegedly assaulted for "giving preferential care to a critical patient", the RDA said in a statement.

Meanwhile, the Supreme Court on Monday said it will hear on June 18 a plea seeking safety and security of doctors in government hospitals across the country.

A vacation bench of Justices Deepak Gupta and Surya Kant agreed to list the matter for Tuesday after the counsel appearing for the petitioner, advocate Alakh Alok Srivastava, sought urgent hearing.

The petition has also sought directions to Union ministries of home affairs and health and West Bengal to depute government-appointed security personnel at all state-run hospitals to ensure safety and security of doctors.

The Indian Medical Association (IMA) had given the June 17 strike call with the withdrawal of non-essential health services across the country. IMA members will also stage a dharna at its headquarters.

The apex medical body, IMA, said all outpatient departments (OPDs), routine operation theatre services and ward visits will be withdrawn for 24 hours from 6 am on Monday to 6 am Tuesday.

Emergency and casualty services will continue to function, it said.

The IMA has demanded a comprehensive central law in dealing with violence on doctors and healthcare staff.

Security measures and the determinants leading to violence should also be addressed, it said in a statement.

Exemplary punishment for perpetrators of violence should be a component of the central law and suitable amendments be brought in the Indian Penal Code (IPC) and Code of Criminal Procedure (CrPC), the IMA said.

The medical body had launched a four-day nationwide protest from Friday and wrote to Union Home Minister Amit Shah demanding enactment of the central law to check violence against healthcare workers.