The family members took the boy to SM Charitable Hospital where Dr Farhat Khan and his team were able to save child after two hours of painstaking efforts. 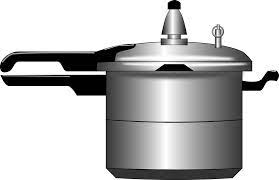 In a bizarre incident, a team of doctors of a private hospital in Uttar Pradesh's Agra successfully extricated a  toddler's  head which got stuck inside a pressure cooker while he was playing with it after two hours of laborious efforts.

In a bid to take the toddler's head out of the pressure cooker, the doctors had to beckon a mechanic who arrived with a grinder machine and helped the team in cutting the utensil.

The family members pf the child said that  the one-and-a-half-year-old boy was playing at his maternal uncle's house in Khatipara in Lohamandi locality in the city on Saturday when he got his head stuck inside the cooker.

The family members tried to extricate the head at home but failed. They then took the boy to SM Charitable Hospital where Dr Farhat Khan and his team were able to save child after two hours of painstaking efforts.

"The cooker was cut with the help of a grinder while following all safety norms… We were able to extricate the child safely," Khan said.

The family members expressed gratitude to the team for saving the child.

"We express our sincere thanks to the team of doctors. It’s because of their efforts that the child was saved," said a family member.