'Doctors Should Be In Hospital, Not On Streets': Delhi CM Arvind Kejriwal to PM Modi

Delhi Chief Minister Arvind Kejriwal wrote to Prime Minister Narendra Modi to look into ways to "personally resolve" the issue, as he asserted that doctors should be in hospitals, not streets when the coronavirus cases are rising again. 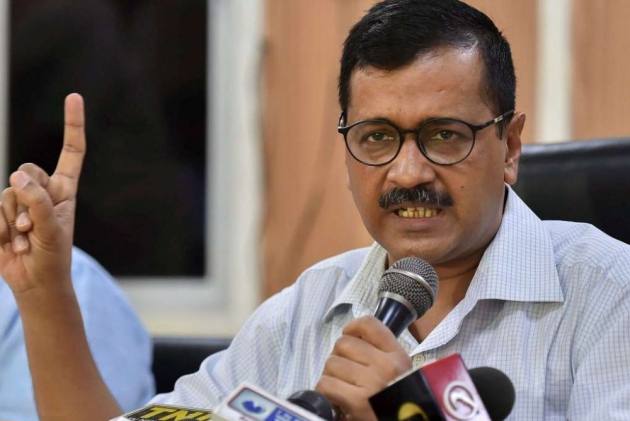 Amid the ongoing protest by resident doctors in Delhi, Chief Minister Arvind Kejriwal on Tuesday wrote to Prime Minister Narendra Modi to look into ways to "personally resolve" the issue, as he asserted that doctors should be in hospitals, not streets when the coronavirus cases are rising again.

In his letter, he also urged the Prime Minister to ensure that the NEET-PG counselling process is expedited.

"On one hand, the Omicon variant of the coronavirus is spreading at an alarming speed, on the other, doctors in hospitals under the central government in Delhi are on strike," Mr Kejriwal said in the letter.

In a tweet, he shared a copy of the letter, and also wrote on Twitter: "We strongly condemn the police brutality inflicted on the doctors. The Prime Minister must accept their demands soon."

Intensifying their stir over the delay in NEET-PG 2021 counselling, resident doctors in Delhi on Tuesday gathered in a large number on the premises of Centre-run Safdarjung Hospital, even as police personnel were deployed to ensure maintanence of law and order.

Their protest, a day earlier had taken a dramatic turn, as medics and police personnel had faced off in streets, with both sides claiming several persons suffered injuries.

Also, later in the day on Tuesday, Union Health Minister Mansukh Mandaviya held a meeting with a delegation of protesting resident doctors and urged them to call off their strike over delay in NEET PG counselling in the larger interest of the public.

In his letter, Mr Kejriwal said that doctors have been on strike for several days, and they served during the pandemic by risking their lives, and urged the Prime Minister to "personally resolve the issue at the earliest".

"COVID-19 cases are rising again. The doctors should be in the hospitals, not in the streets," he wrote.

However, police on Monday had denied any allegations of lathicharge or use of abusive language from their end, and said, 12 protestors were detained and released later.

Mr Kejriwal in his letter said that these are the same doctors that have treated Covid patients over the last year-and-a-half, without caring about their own lives during the pandemic.

He added that numerous doctors have lost their lives to the deadly virus, but they continued to work tirelessly and did not neglect their duty.

Resident doctors at many big government hospitals like Safdarjung, Ram Manohar Lohia are on strike for the last one month due to repeated postponement of NEET-PG counselling. It is a matter of deep despair that even after their persistent struggle, the demands of these resident doctors were not listened to by the central government, he added.

"However, it is even more upsetting that yesterday, when these doctors were protesting peacefully, the police behaved violently and harassed them," the chief minister alleged.

"Delay in NEET-PG counselling not only affects the future of these doctors but at the same time also causes a shortage of doctors in the hospitals. The burden on the rest of the doctors increases due to this as well. I request the central government to conduct NEET-PG counselling as soon as possible," Mr Kejriwal added.