Mehul Choksi Gets Bail From Dominican Court On Medical Grounds

Choksi had alleged that his arrest in Dominica for illegal entry was 'dictated' by representatives of the Indian government. 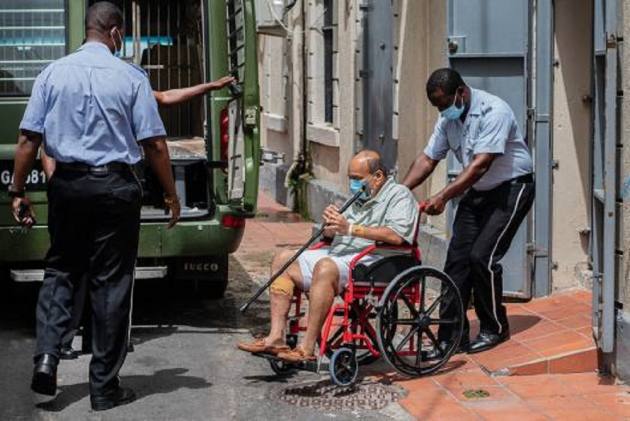 A Dominican court has reportedly granted bail to fugitive jeweller Mehul Choksi who has been wanted in India in connection with the Rs. 13,500-crore Punjab National Bank fraud case.

The 62-year-old diamantaire, who was arrested and jailed in Dominica since May 23 for illegal entry, was granted bail on Monday on medical grounds.

Last week, Choksi had filed a case in the high court of Roseau, seeking to quash the proceedings against him. As per the local media, he alleged that his arrest in Dominica for illegal entry was "dictated" by representatives of the Indian government.

Choksi, who went missing from Antigua and Barbuda where he had been living since 2018 after his escape from India, was arrested on May 23 in neighbouring Dominica for illegal entry. He was declared a prohibited immigrant by the Ministry of Immigration in Dominica.

The 62-year-old diamantaire wanted in connection with a Rs 13,500-crore scam in the Punjab National Bank has approached the high court in Dominica, alleging that the decision of Lincoln Corbette, Acting Chief of Police in Roseau, and investigating officer Sergeant Alleyne to charge him for illegal entry was "not a product of their independent judgement".

...they allowed themselves to be dictated by third parties, representatives of the Indian government...," Choksi alleged.

Seeking to quash the proceedings against him, Choksi pleaded before the high court that the decision to charge him for illegal entry was violative of law and accordingly, null and void, Caribbean media outlet Nature Isle News reported.

Choksi said he is a citizen of Antigua and Barbuda, where he has challenged a move to extradite him.

He claimed that he was kidnapped from Antigua and Barbuda and forcibly brought to Dominica by Indian men.

Choksi claimed that he had narrated his ordeal to the Dominican police but they did not launch any investigation into his allegations.

His lawyers on Tuesday told the magistrate court where his case of illegal entry is going on that they have filed the plea in the high court.

Choksi has sought a “permanent order staying the criminal charge" brought against him for illegal entry.