US president Donald Trump claimed that while the USA had 'some of the cleanest air', it was other countries, like India and China, that were not doing enough to tackle pollution. 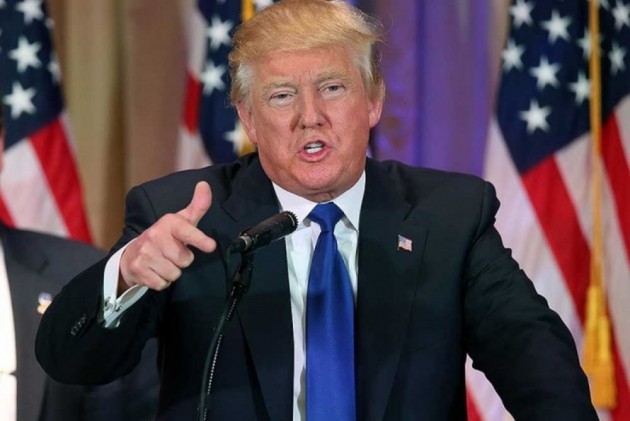 President Donald Trump has blamed countries like India and China for not doing enough on climate change, labelling them as regions with air that is impossible to breathe while claiming that the US has some of the "cleanest air".

In one of his final interviews before leaving for Ireland at the end of his UK state visit on Wednesday, Trump, who has blamed India and other countries for justifying America's withdrawal from the landmark Paris climate change deal in 2017, said he believes that "there is a change in weather, and I think it changes both ways".

Trump claimed that while the US had "some of the cleanest air", it was other countries that were not doing enough to tackle pollution.

"China, India, Russia, many other nations, they have not very good air, not very good water in the sense of pollution and cleanliness. They don't do the responsibility," he told Britain's ITV channel.

He was replaying his conversation with Prince Charles, an ardent campaigner on climate change issues, and admitted that the Royal did most of the talking during their 90-minute discussion.

Asked if he himself believed in climate change, the US President said he believes it goes "both ways".

"He [Charles] did most of the talking, and he was really into climate change and I think that's great. I believe that there's a change in weather and I think it changes both ways,"
he said.

Trump said he was moved by Prince Charles' "passion for future generations" but stopped short of changing any of his views on climate science.

"Don't forget, it used to be called global warming, that wasn't working, then it was called climate change, now it's actually called extreme weather because with extreme weather you can't miss," he said.

Trump has accused climate scientists of having a "political agenda" and called climate change a "hoax", though he later retracted that statement.

In 2017, he pulled the US out of the landmark 2015 Paris climate agreement, saying the international deal to keep global temperatures rises below 2 degree Celsius was disadvantageous to US workers.