Around 50 stages were erected on the route, starting from the airport till Motera stadium via Indira bridge. 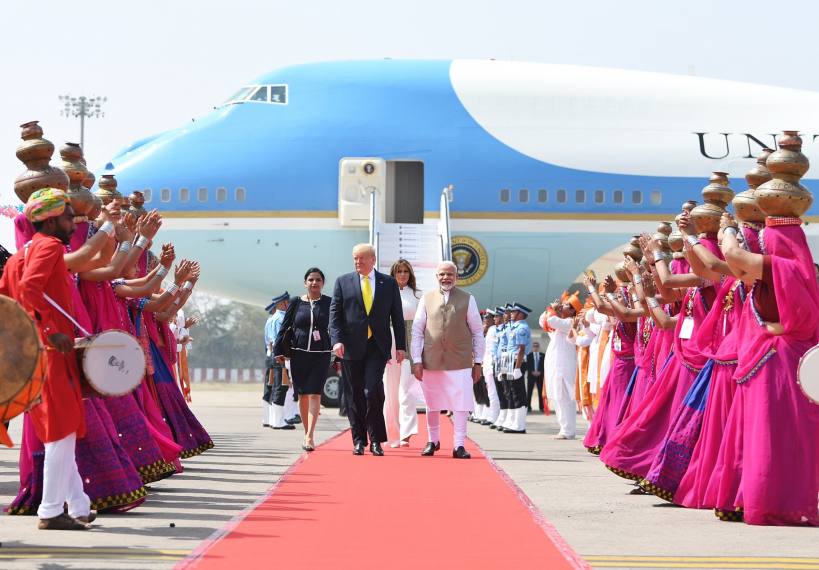 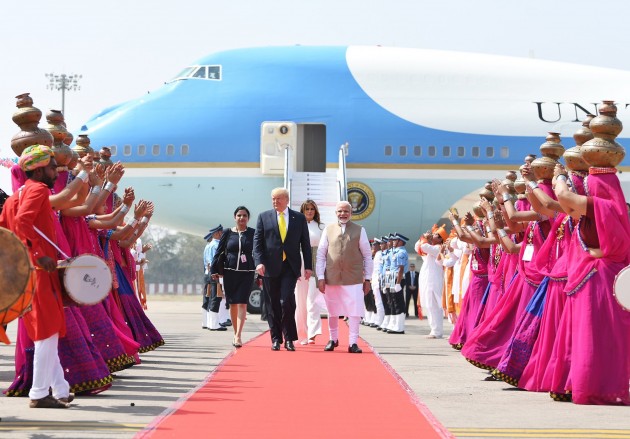 US President Donald Trump and Prime Minister Narendra Modi on Monday embarked on a 22-km-long roadshow from the Ahmedabad International Airport.

Trump, who is on a two-day India visit, landed at the Airport at 11.37 am. After the roadshow, the two leaders will address a gathering at the Namaste Trump event at the Motera cricket stadium here this afternoon.

Modi, who reached Ahmedabad over an hour before Trump landed there, received Trump and his wife Melania upon their arrival.

Trump and Modi began their roadshow from the airport.

The Ahmedabad Municipal Corporation has left no stone unturned to make the roadshow a memorable experience for the dignitaries as well as the people.

Artistes and performers from many states were allotted a stage on the entire route to perform in their traditional attire. Around 50 stages were erected on the route, starting from the airport till Motera stadium via Indira bridge.

Authorities said over one lakh people are expected to line up along the route of the roadshow, which has been named as 'India Road Show' by the Ahmedabad Municipal Corporation.

During the roadshow, both the leaders are scheduled to visit Sabarmati Ashram, where Mahatma Gandhi spent 13 years during India's freedom struggle.

After the roadshow, both the leaders will reach the newly-built cricket stadium in Motera to address a gathering of over one lakh people at the Namaste Trump event.