'Don't Demonise Modi' Not My Phrase...: Shashi Tharoor Hits Back At Critics

Tharoor's tweet has irked many in the grand old party, particularly those in Kerala, from where he is a parliamentarian. 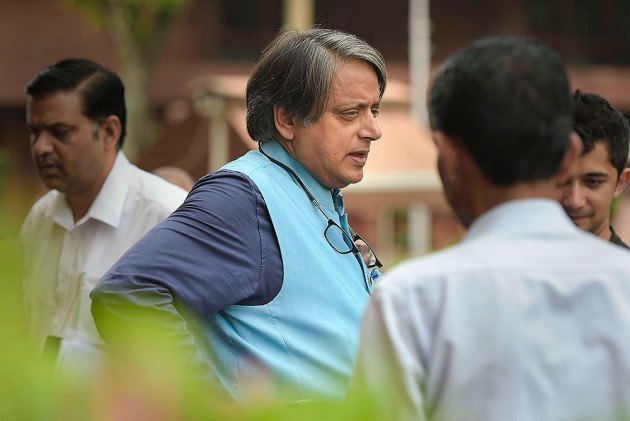 Senior Congress leader Shashi Tharoor, who has been in the eye of a storm after a tweet which was construed by many as a word of appreciation for Prime Minister Narendra Modi, on Tuesday said it had been "twisted, reported" (and denounced) as “praise for Modi”.

Tharoor's tweet has irked many in the grand old party, particularly those in Kerala, from where he is a parliamentarian. The state chapter has already said it would seek an explanation from Tharoor following which the next step will be taken.

Reacting to a barrage of criticism directed at him, Tharoor, in a piece for The Print, explained how he was merely echoing the sentiment of his party colleague and long-time Congress loyalist Jairam Ramesh.

Last Thursday, Ramesh said that it is "time we recognize PM Modi's work and what he did between 2014 and 2019 due to which he was voted back to power by over 30 per cent of the electorate."

Ramesh further added that Modi spoke a language that connected him with the people. "Unless we realise that he is doing things which people recognise and which have not been done in the past, we are not going to be able to confront this guy."

After quoting Ramesh in his piece, Tharoor writes: "Not only do I not disagree with any of this, it is pretty much what I said in 2014, for which I was publicly criticised by my party leadership, reviled in the Kerala party newspaper, and removed as a party spokesman."

"That’s why, when asked on Twitter, I responded as I did."

Besides lambasting his critics, Tharoor reiterated he wanted Congress, along with other progressive, secular and liberal parties, to come back to power, for which it is essential to "win back the trust – and the votes – of those who deserted us for the BJP in the last two Lok Sabha elections."

"That requires addressing what has attracted them to Modi. Then, our criticism has more credibility. That’s all I have been saying," he said.

Furthermore, Tharoor said that “don’t demonise Modi” was not his phrase, adding his critics should ask the person who used it first and what he meant by it. The three-time MP also said that he was "more than slightly mystified" after many in his party saw him as "some sort of BJP-inclined Modi sympathiser".

Over the past one week, at least three senior Congress leaders -- Jairam Ramesh, Abhishek Manu Singhvi and Shashi Tharoor -- have said that only targetting Modi won't help the grand old party gain the lost ground.

"Be fierce in our criticisms of the Modi Government, as I have been, but make sure our criticisms are taken seriously by the public because they are occasionally balanced against acknowledgements of genuine examples of right actions," Tharoor wrote in the concluding paragraph of his article.