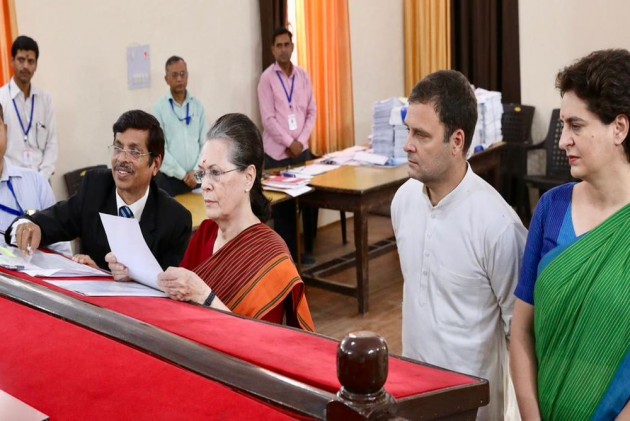 On being asked if she thinks Modi is invincible, Sonia Gandhi said, "Not at all. Don't forget 2004. Vajpayee Ji was invincible, but we won."

Her son and Congress president Rahul Gandhi added: "There have been many people in Indian history who had arrogance to believe that they're invincible and are bigger than the people of India.

Rahul Gandhi To File Nomination From Amethi On April 10, Mother Sonia From Rae Bareli On April 11

"Modi in the last five years has done nothing for the people. His invincibility will be in full view after election results."

Sonia Gandhi, who trying to get re-elected from the seat the fifth time in a row, was accompanied by her son Rahul, daughter Priyanka Gandhi Vadra and son-in-law Robert Vadra.

The seat, where voting will be held in the fifth-phase on May 6, will see a straight contest between the former Congress chief and Dinesh Pratap Singh, who recently joined the BJP after leaving the Congress.

The Samajwadi Party and the Bahujan Samaj Party have not fielded any candidate in this Congress bastion. Sonia Gandhi had won the seat in 2004, 2006 (bypolls), 2009 and 2014.