Don't Impose Your Sexism On Me: Rahul Gandhi To PM Modi On Nirmala Sitharaman Remark

He said the Congress has not yet got the answer whether Defence Ministry officials objected to the Prime Minister "bypassing" the Rafale deal. 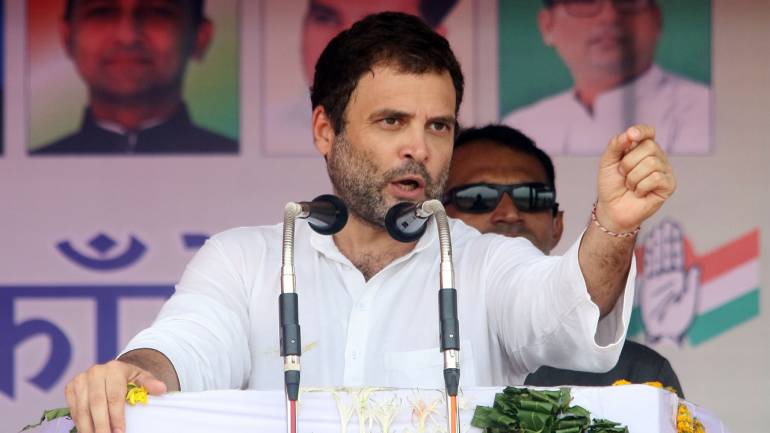 Speaking at a press conference in UAE, Gandhi said, "Prime Minister Narendra Modi has helped Anil Ambani steal Rs. 30,000 crore and the House of the people Lok Sabha is where he should have defended himself but he chose to send another person and that person happened to be a woman. I would have made a very similar comment if it had been a man."

"I would have made a very similar comment if it had been a man. Do not impose your sexism on me. I am very clear that the prime minister should have delivered that defence but he did not have the guts."

He said the Congress has not yet got the answer whether Defence Ministry officials objected to the Prime Minister "bypassing" the Rafale deal.

Sitharaman had spoken on behalf of Prime Minister Modi and defended the Rafale deal in the Lok Sabha, countering questions raised by Congress and other opposition parties.

Gandhi on Wednesday while addressing a rally in Jaipur, Rajasthan said that Modi had got a woman to defend him in Parliament on the Rafale fighter jet deal.

Attacking the Modi government on rising intolerance, Gandhi said like the UAE, which had declared 2019 as the 'Year of Tolerance', India also believes and celebrates tolerance but "there is a little bit of aberration going on in India where BJP is being very aggressive, intolerant and attacking and destroying our institutions."

He said it is a "temporary blip" which will be "taken care of" after the 2019 elections.

Replying to a question, he said, "RSS thinks that voice of the people is irrelevant. One of the reason why we will win 2019 elections is because there is a massive response coming from bureaucrats and institutions saying we are not going to accept this."

He said the Modi government is "attacking the strength of India by strangling our institutions".

"We will start to do what Congress party has successfully done; put India on a economic path," he said.

"The government is failing and we have a massive unemployment crisis. Demonetisation by Prime Minister Modi was a rash and irresponsible action. He was directly responsible for the decimation of the informal sector."

He said bringing businesses to India is fundamentally connected to the environment of the country.

"India is facing a 14-year low with regard to investments flow in India. The central reason is a couple of ill-advised economic policies like demonetisation and poorly designed GST and also the atmosphere that is being vitiated. India is known for non-violence and its peace-loving nature when people look at India and see violence they get worried. We will put an end to the anger that has been spread by the BJP," he said.

"We will rebuild trust in our institutions like RBI, ECI, Supreme Court who are under systematic attack by the Modi govt," he said.

He said if the Congress will come to power it will take some rational economic decisions and restructure the GST and bring investments from the Middle East and other parts of the world.

Asked about Pakistan Prime Minister Imran Khan's overtures to start bilateral talks, Gandhi said, " I am all for a peaceful relationship with Pakistan, but, I will absolutely not tolerate violence being carried out on innocent Indians by the Pakistani State."

"You cannot carry out acts of terror in India and expect India to talk kindly to you," he said.

Rahul Gandhi's comments on Defence Minister Nirmala Sitaraman's reply to a debate on a subject relating to Ministry of Defence is a new low in the history of Indian politics.