Pulling Mamata Banerjee up for her repeated remarks calling the BJP a party of outsiders, Dhankhar asked her to desist from such politics as would weaken the national fabric. 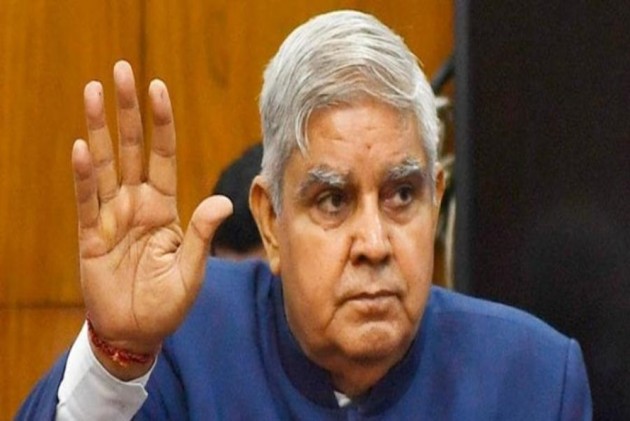 West Bengal Governor Jagdeep Dhankhar Friday said he has sent a report to the Centre in the backdrop of the violent attack on the convoy of BJP chief J P Nadda, and castigated Chief Minister Mamata Banerjee over the deteriorating law and order situation.

Pulling her up for her repeated remarks calling the BJP a party of outsiders, Dhankhar asked her to desist from such politics as would weaken the national fabric.

He said it is shameful that the attack on Nadda occurred on International Human Rights Day.

"I have sent my report to the central government whose contents cannot be shared on account of propriety," he told a press conference at Raj Bhawan.

He alleged the violators of law in Bengal have the protection of police and administration and any resistance by the opposition is quelled.

"The governor is not a post office...he will not fidddle around in Raj Bhawan when human rights are being violated," he said, and asserted "the governor will vindicate his oath, come what may."

It is the duty of the governor to protect the Constitution, he said.

Dhankhar said the chief minister is also under constitutional obligation and has to act in accordance with the Constitution.

Referring to Banerjee's remarks calling the BJP a party of outsiders, Dhankhar said, the citizenship of India is one and insider-outsider politics should stop.

A section of bureaucrats, he alleged, is acting as "political servants" despite getting paid from state exchequer.

"Accountability will be enforced," he said, and asked Banerjee "not to play with fire".

"The law and order situation in the state has been worsening with each passing day. Despite cautioning the chief minister and the administration nothing has happened," he said.

Dhankhar said the "non-responsive" stance of the chief minister towards the Raj Bhawan is an indication that governance is not in accordance with the Constitution.

Underlining that distancing of governance from the rule of law cannot be accepted in democracy, he said, "unconstitutional parameters is at an alarming level making it extremely difficult for me to conclude that governance in the state is according to the constitution."

Terming the attack on J P Nadda's convoy on Thursday as most "unfortunate and a slur on democracy", he said "the violators of law in Bengal have protection of police and administration".

"Present political scenario in West Bengal is that any opposition is ruthlessly suppressed...the human rights were in flames yesterday".

Describing Banerjee's comments on the attack on Nadda's convoy as "most unfortunate", he said "I take a very serious note of the statement that emanated from the honourable chief minister. How can a responsible chief minister, believing in rule of law...Constitution, believing in Bengali culture talk the way she did."

Banerjee had uttered distorted versions of the BJP chief's surname at a rally in Kolkata on Thursday and termed the attack on his convoy a "staged act".