We should look into anti-drone systems. It is important to knock the drones out before the attack, Lt Gen (Retd) Subrata Saha tells Outlook 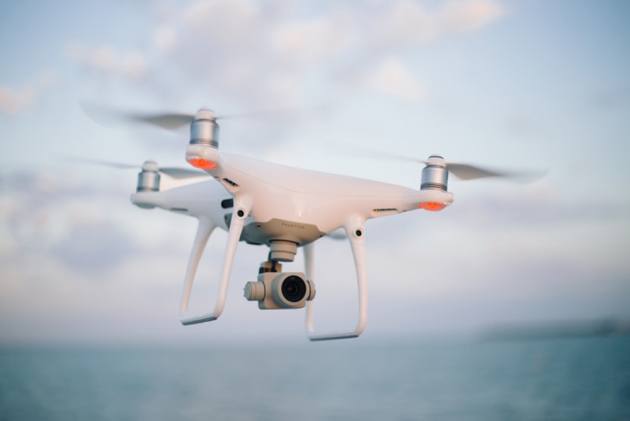 Two explosions were reported at the high security technical area of Jammu airport on Sunday. They were carried out by drones and the National Investigation Agency is probing the attack.

According to officials, this is the first terror attack carried by drones on Indian soil. The attack has raised many concerns about how new forms of technology are being used by terror groups.

Amid these developments, Lt Gen (Retd) Subrata Saha speaks to Outlook on the anti-drone systems present in India and the future of drone warfare. Excerpts

1) Do you think after the attack on the Jammu IAF station, terror groups will now start to rely more on drones to carry out attacks?

While such a drone attack has occurred for the first time in India, this is something everyone in the field has been closely following and many have anticipated this for long. In fact, previously there have been drone sightings in Jammu and Kashmir and Punjab and we have had reports of small drones violating Indian airspace. Also, apart from that, drones have widely been used for logistical purposes like dropping arms and for recce and surveillance.

Now with the way technology is evolving, the way load capacities and flight times are going up, drone attacks are definitely a serious cause of concern and a major security threat.

2) What kind of weapons can a drone carry? Right now, it is limited to IEDs but over time can it carry more sophisticated weapons?

Military drones can of course carry more sophisticated weapons. It all depends on the payload. Weight capacity for military grade drones can go up to tonnes.

But when we talk about the commercial grade ones, which are being used for purposes like agriculture and photography, they have a payload ranging from 6 to 18 kgs.

So, with such a payload you should also consider endurance because if you reduce the endurance and flight time you can increase the payload a little. These are interrelated factors, which change with evolving technology. Further, it is these commercial drones that are being brought in the open market and then being manipulated by terrorists.

So, drones can carry explosives but the technology to control a drone with weapons is extraordinarily complex and it is unlikely to be incorporated with commercial ones. However, you can never be too sure because technology is evolving extremely fast. But since at the moment, mounting explosives and simultaneously controlling a drone acquired from the commercial domain is not commonly heard of, only IED attacks are possible.

That’s what’s called a swarm attack. There are multiple techniques for such an attack. For instance, you can have an aircraft from which multiple small drones can be released at once. That’s carried out through high-end technology, which is present in the military domain.

But with drones acquired from the commercial domain, a swarm attack is not possible. With remotely controlled commercial drones, you can have 1-3 pilots operating multiple weapons but 50 is a bit far-fetched.

4) How low can drones fly so that they are under the radar?

This cat and mouse game is constantly being played between aircraft and radars. Now what exactly is the capacity of our radars is classified information and I would not like to comment on it. But, if you talk about the Jammu attack, the NIA has taken over the case and our investigating agencies will find the gaps and fix them.

5) What distance can commercial drones cover?

Typically, they can cover 2-5 kms with a flight time of 15-30 mins. In the military domain, they are much higher. For instance, if we take the UAV attacks in Afghanistan, the flight time runs into several hours and the range is several thousands of kms.

6) What technology do we have at the moment to deal with attack from drones and other such weapons?

Some media reports stated that the DRDO had deployed an anti-drone attack system during the last Independence Day. Further, I am also aware that the tri-services are trying to acquire anti-drone technology.

In such a scenario, those in the drone industry find it commercially lucrative to invest in drones rather than anti-drone technology. But yes, work is ongoing to address this issue particularly after the PLA activities in Eastern Ladakh that occurred last year in the months of April-May.

Further, recently a brief war was fought between Azerbaijan and Armenia using drones. So, clearly, we are witnessing a higher potential use of this technology and it is a field that is going to be more active in the future and we should expect many such attacks by terrorists.

7) What kind of modernisation is required by the Indian armed forces to deal with these attacks?

We should look into anti-drone systems. This will be a combination of radars and optoelectronics, which will help maintain a far sharper surveillance cover. Further, we should also focus on how to counter such attacks. It is important to counter such drones and knock them out before the attack.

8) Will drones be the new form of terror infiltration?

We cannot call it new when surveillance and logistical activities have already been attempted by drones, the attack was just a logical sequence of the first two. So now the challenge is only going to manifold because if terrorists see a success in one attack they will obviously attempt more.