Forty CRPF personnel lost their lives when a JeM operative attacked their convoy in Pulwama's Awantipora in the state of Jammu and Kashmir on February 14. 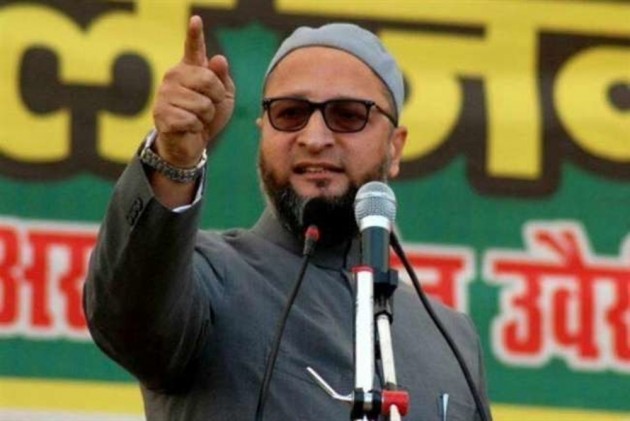 All India Majlis-E-Ittehadul Muslimeen (AIMIM) Chief Asaduddin Owaisi on Saturday called out Pakistan Prime Minister Imran Khan to drop his mask of innocence while criticising the Pakistan government for its role in the Pulwama terror attack.

Addressing a rally along with Bharip Bahujan Mahasangh president Prakash Ambedkar, Owaisi said, We would like to tell Pakistan PM not to give that message to India which he wants to seated before a camera. This is not the first attack. There was Pathankot, Uri and now Pulwama. And on behalf of India, I want to tell the Prime Minister of Pakistan to drop his mask of innocence.

He also said that Pakistan should not worry about Indian Muslims as they are here by choice after refusing Jinnah's proposition during 1947.

He also outlined the country's diversity and said that the neighbouring country is jealous by the unity of Indian citizens.

One of the ministers from Pakistan had said that they will stop the prayer bells from ringing in temples of India but I want to tell him that he doesn't know India. Till Muslims of this country are alive, Azaan will sound from mosques and bells will ring in temples. This is the beauty of our country which the neighbouring country sees with jealousy. People in this country live as one and when it will come to the country we all will be together, Owaisi said.

Owaisi also lambasted terrorist outfit Jaish-e-Mohammed for its role in the dastardly terror attack and opined that a disciple of Mohammed would never kill a person.

I want to clearly say as a citizen of India, that this dastardly attack has links to Pakistan. It was done as per plan of Pakistan government, Pakistan Army and ISI. I would like to tell the outfit that killed our 40 men and claimed its responsibility - you're not Jaish-e-Mohammed, you are Jaish-e-Shayateen. You are Jaish-e-Shayateen, Jaish-e-Iblis. Masood Azhar, you are not a Maulana, you are a disciple of the devil. It is not Laskhar-e-Taiba, it is Lashkar-e-Shayateen.ÂÂ

Forty CRPF personnel lost their lives when a JeM operative attacked their convoy in Pulwama's Awantipora in the state of Jammu and Kashmir on February 14.

In the wake of the attack, the international community has extended its support to India in its fight against terrorism, including China which had previously stonewalled efforts to designate JeM chief Masood Azhar as a "global terrorist" at the United Nations Security Council.