The Delhi University released its second cut-off list on Saturday. The admission process under the second list will commence on Monday and will end on October 21. 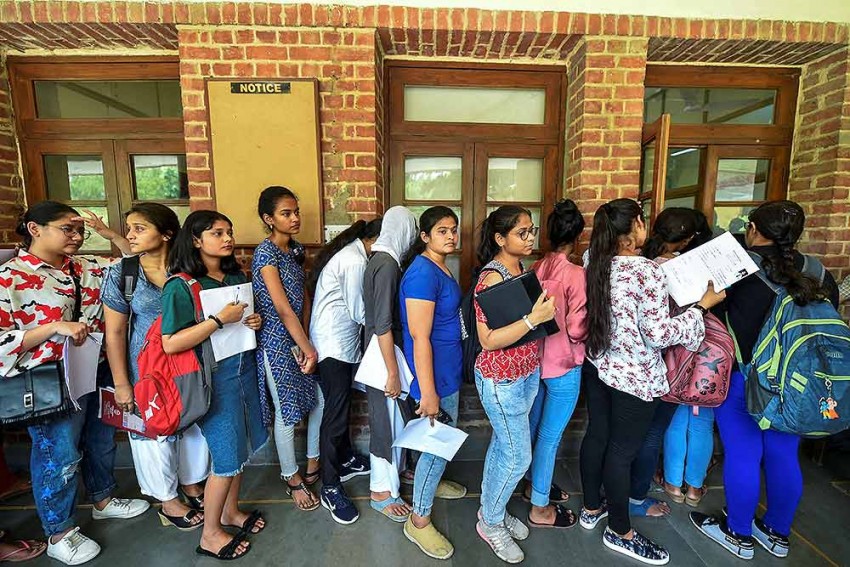 Delhi University released its second cut-off list on Saturday with admissions to many courses being closed and some programs seeing a minor decline in the score required for admission.
Lady Shri Ram College for Women had pegged 100 percent score for three courses -- BA (Honours) Psychology, BA (Honours) Political Science, and BA (Honours) Economics. At present, seats are available under the abovementioned three courses.

Seats for the same course are available at LSR, with applicants requiring a minimum score of 99 percent, while the cut-off for the course at Miranda House and Ramjas stands at 98.50 percent and 97.50 percent respectively.

Hindu College has kept the cut-off for BA (Honours) Philosophy unchanged at 97 percent.

The first cut-off list was released on October 10. Almost 50 percent of the seats have been filled under the first list. The varsity has 70,000 undergraduate seats.

The admissions under the second list will commence on Monday from 10 am onwards and will end on October 21. This year, the admission process is completely online due to the coronavirus pandemic.