Durga Pujo Over, Khela Shuru: All Eyes On October 30 By-polls In Bengal 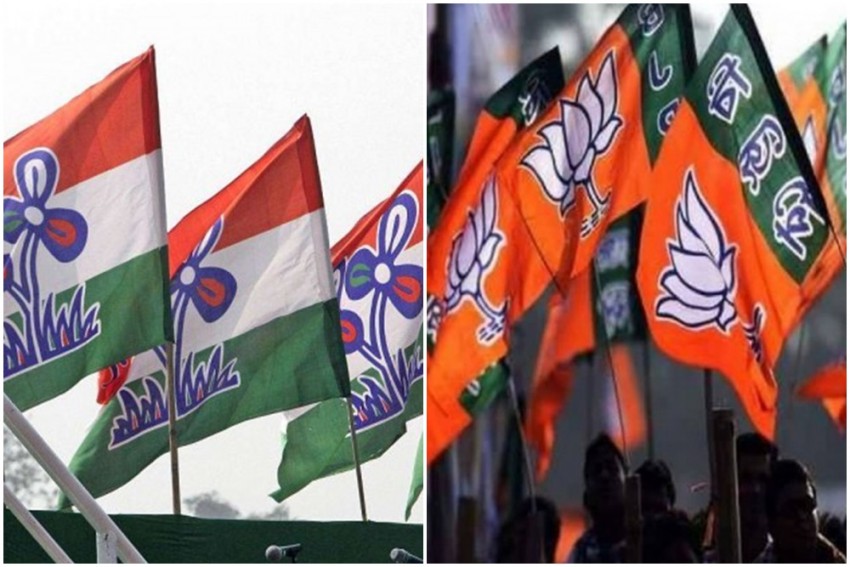 The beats of the dhak are yet to fade away, as idols in many Durga pandals are still awaiting immersion, but with crucial by-polls in four assembly seats scheduled in less than a fortnight, political poaching has resumed in Bengal after a brief lull for a week of festivities.

On Sunday, a few hundred Bharatiya Janata Party (BJP) supporters and organisers, including district BJP secretary Sudeb Karmakar, joined the Trinamool Congress (TMC) in the Dinhata area of Cooch Behar district in north Bengal. Dinhata is one of the four seats going to the polls on October 30. And it is the most prestigious of them all for the BJP because it’s the home turf of junior home minister Nisith Pramanik, who is also the party’s Cooch Behar Lok Sabha MP.

Pramanik, also contested the assembly election from Dinhata and defeated TMC MLA Udayan Guha, a political heavyweight, by a thin margin of 57 votes. The by-poll was necessitated after Pramanik resigned from the assembly to retain his Lok Sabha membership.

Now, the TMC has renominated Guha, while the BJP has fielded Ashok Mandal, who, just like Pramanik, was with the TMC before joining the BJP. Mandal had won from Dinhata in 2006 on a TMC ticket, defeating Guha who was then with the Forward Bloc.

Both Guha and Mandal carry legacies of their fathers. Ashok’s father, Umesh Chandra, won from Dinhata on a Congress ticket in 1951 and 1957. But in 1962, Udayan's father, the late Kamal Guha, defeated Mandal to wrest the seat for Forward Bloc. Guha won again in 1967, and then held it for six consecutive terms from 1977. In 2006, contesting from his father’s seat, Udayan lost to the Trinamool's Ashok Mondal. Udayan won from the seat on a Forward Bloc ticket in 2011 and a TMC ticket in 2016.

Both Ashok Mondal and Udayan Guha have also been long-term corporators of Dinhata municipality, with Udayan serving multiple terms as chairman.

However, as it appears, it is in protest against the BJP's choice of Mandal, a TMC turncoat, as its candidate that Karmakar and others left the BJP.

The TMC has given special focus on Dinhata because wresting the junior home minister’s home turf would damage the morale of the state’s BJP workers and supporters amid a series of defections of MLAs from the BJP to the TMC. Since the assembly election results, five BJP MLAs have quit the party and four of them have already joined the TMC.

The other seat that the TMC wants to wrest from the BJP is Shantipur. The BJP's Ranaghat Lok Sabha MP won it in the assembly elections but resigned soon after to retain his Lok Sabha membership. Hindu refugees from Bangladesh, especially the Matua Namasudra community, dominate the demography in Shantipur and the BJP has managed to largely obtain their votes in the 2019 Lok Sabha and 2021 assembly elections.

In the assembly elections, the BJP won Shantipur by a margin of 16,000 votes, but early in October, the party’s Shantipur town unit president Biplab Kar quit, lambasting Sarkar.

The BJP has fielded Niranjan Biswas, a veteran Swayamsevak of the Rashtriya Swayamsevak Sangh (RSS), the BJP's ideological parent. He has served as the general secretary of the BJP’s Nadia Dakshin district unit for over six years.

TMC candidate Brajakishore Goswami is not known as a political person. A priest at a temple, he is also involved in social work.

With neither camp in any mood to give away an inch to the opponent, the TMC's Krishnanagar MP Mahua Moitra took part in a road show on the morning of October 16, the night after Bijoya Doshomi, and the BJP's Suvendu Adhikari, the leader of the opposition in the state assembly, conducted a workers’ meeting the next day.

According to a veteran of Bengal BJP, retaining Dinhata and Shantipur is of utmost importance to the party for two reasons. “If we lose, it will deal a blow to the morale of our workers across the state. Besides, if our tally of MLAs goes below 69, we will be able to send only one Rajya Sabha MP instead of two,” the leader said.

In the assembly elections, the BJP won 76 of the 294 seats, while its ally All Jharkhand Students’ Union, won another. Of these, five MLAs have quit the party, bringing their tally down to 72. Losing these seats could prompt a few more MLAs to switch camp.

Of the two other seats going to the polls on October 30, the TMC had comfortably won Khardah and Gosaba, where the poll was necessitated by the death of the winners.

In the September 30 by-election in Bhawanipur along with assembly election in Samserganj and Jangipur, the TMC expectedly won all three with commendable margins. Now, all eyes will be on Dinhata and Shantipur as the results are likely to impact the course of Bengal politics in the coming days.