Dying Declaration: Should Its Electronic Recording Be Made Mandatory?

The dying declaration has always been disputed by the accused parties for its manipulation by the police even in the most sensational cases. The most recent one is the Hathras case. 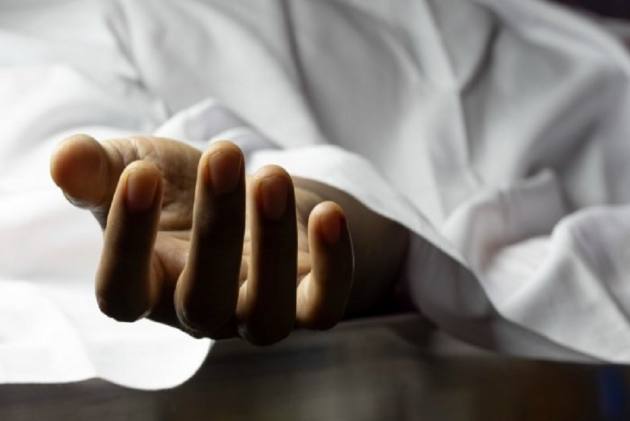 Despite so much technological advancement, the criminal justice system in India still uses the age-old method of recording several crucial shreds of evidence. One of them is the dying declaration.

In a criminal case, when a victim’s medical condition deteriorates to an extent that his/her survival looks difficult, the law allows the recording of the statement of such a person as evidence and this serves as the dying declaration.

When the Indian Evidence Act was passed way back in 1872, technology such as handheld mobile devices was neither available nor even thought of during that time.

So the law has a provision, according to which, anybody can record, in writing, the statement of such a medically vulnerable person and get his/her signature/ thumb impression. Generally, in criminal cases, police, magistrate or doctor record the dying declaration. Courts have even held that nods, signs and gestures can be considered as a valid dying declaration.

However, the dying declaration has always been disputed by the accused parties for its manipulation by the police even in the most sensational cases. The most recent one is the Hathras gang rape and murder case.

Four upper caste men allegedly gang-raped and brutally injured a 19-year-old Dalit woman in the village in Hathras district a year ago. The woman died in a Delhi hospital a fortnight after the incident.

Just a few days before her death, she named the accused in the dying declaration. Munna Singh Pundir, the lawyer who is appearing for the four accused, has alleged that the girl’s dying declaration is bogus as her thumb impression was taken in advance on a piece of paper and then her statement was made by the police who was investigating the case earlier. Later, the case was shifted to the CBI.

This is not the first case in which the legal sanctity of the dying declaration has been questioned.

A similar controversy had cropped up in the infamous Nirbhaya gang-rape and murder case. On December 16, 2012, a 23-year-old para-medical student was gang-raped and brutalised by five men and one juvenile. The unimaginable extent of brutality had shocked the whole nation and led to several stringent provisions in the rape laws in the country.

When the case was argued in the Supreme Court for the death sentence to the four accused as one had already committed suicide in jail, one of the heavily debated and questioned pieces of evidence was the girl’s dying declaration.

Not only the lawyers who appeared for the four accused but even the senior lawyer, Sanjay Hegde, who the court had appointed as amicus curie (an impartial adviser to a court of law) had questioned the credibility of the dying declaration.

The Supreme Court recorded Hegde’s concern’s in its final judgement which says, “Mr. Hegde, learned friend of the Court, contends that the dying declarations do not inspire confidence, for variations in them relate to the number of assailants, the description of the bus, the identity of the accused and the overt acts committed by them. It is contended that the three dying declarations made by the prosecutrix (the girl) vary from each other and the said variations clearly reveal the inconsistencies and the improvements in the dying declarations…”

Now the question is when the technology has progressed so much and is so accessible, why should electronic recording of dying declarations be not made mandatory in the criminal law?

Retired judge of the Delhi High Court Justice RS Sodhi, who had sentenced Manu Sharma, the main accused in the Jessica Lal murder case, to a life-term, agrees that videography of a dying declaration is a far better method than taking it in writing.

“I agree that one can do the videography of the dying declaration. It can be recorded in writing also but videography is more accurate because a person who is writing the statement of a victim, may miss out a few words or there may be some misinterpretation in that process. So videography is much safer,” Justice Sodhi said.

He says that under the evidence act, it is admissible also provided the original recording is not being tempered with. “You have to prove that the recording is original,” he added.

Noted criminal lawyer and former Additional Solicitor General Sidharth Luthra says that the provision for electronic recording of the dying declaration already exist in law however the investigating agencies are not enforcing it.

“Under 161 of the Criminal Procedure Code, a provision has been made for the police to videograph the statement of witnesses, however, this provision has not been implemented. So I believe the investigating agencies need to be sensitised,” Luthra said.

On the other hand, criminal lawyer Nishant Kr. Srivastava, Founder & Managing Partner, Actus Legal Associates & Advocates, is of the view that the law gives power to police and magistrate to videograph a dying declaration but "how will an individual or doctor do it?" He questioned.

"The India Evidence Act says that anyone can record it in writing and get the thumb impression. So, I think to bring clarity, Section 32 of the said Act should be amended so whosoever, be a doctor or an individual, is taking the dying declaration, he or she can videograph it along with writing and taking signature or thumb impression,” Srivastava said.

He says that today, most criminal cases and civil litigations are getting decided by the courts on the basis of electronic evidence such as CCTV footage, Call Detail Record (CDR), WhatsApp Chats, Emails exchanged, Voice recordings etc.

“I don’t think that there is any legal impediment or obstruction in giving due weightage and legal recognition to the video recording/video clip of a victim,” Srivastava said.