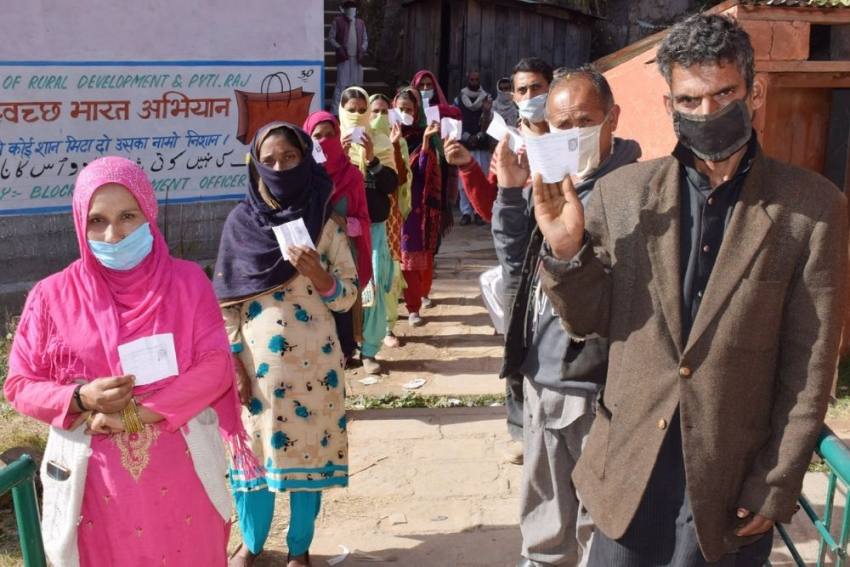 Early trends in counting of votes for the District Development Council (DDC) elections in Jammu and Kashmir on Tuesday show PAGD, an anti-BJP alliance formed post abrogation of article 370, in the big lead followed by the BJP.

As votes are being counted, the initial trends predicted Farooq-Abdullah led PAGD in a lead over BJP.

In the latest trends, The People's Alliance for Gupkar Declaration (PAGD) -- an alliance of seven political parties including the National Conference and the People's Democratic Party --  is leading in 81 seats, followed by BJP with 47 seats.

Counting Of Votes For 280 DDC Seats In J&K Begins

The Congress was trailing in number three position with leads in 21 seats in the trends available for 193 of the 280 seats for which voting was held over eight phases, officials said quoting the State Election Commission.

The trends in most seats in the maiden DDC elections are in accordance with expectations – the BJP strengthening its position in Jammu division while the PAGD, which includes regional heavyweights National Conference and People's Democratic Party, is ahead in the Valley.

The BJP has made gains in Bandipora's Gurez area with leads in two seats. PDP leader Waheed Para, under arrest for his alleged links with militants, was leading in his Pulwama constituency by a huge margin.

This is the first election after Jammu and Kashmir’s special status under Article 370 was revoked last year and it was reorganised into a union territory.

A day ahead of the counting, authorities detained several PDP and second rung NC leaders, including Naeem Akhtar, Sartaj Madni, Peer Mansoor and Hilal Ahmad Lone. No reason was given for the detentions.