Assembly elections 2022: The Election Commission on Saturday announced the dates for the election schedule in five states including Uttar Pradesh, Uttarakhand, Goa, Punjab and Manipur. 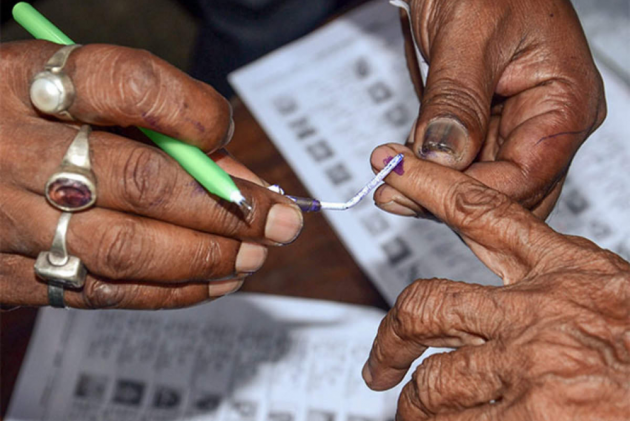 The Election Commission is set to announce the dates for assembly polls in five states at 3.30 pm today. The commission is currently addressing a press conference on the same to set out the guidelines for the upcoming polls. The poll body convened a press conference to declare the schedule for the polls in Uttar Pradesh, Uttarakhand, Goa, Punjab and Manipur.

All the elections in five states will be be completed in seven phases.

Over 18 crore voters, including over 8.5 crore women, will be eligible to vote in five state assembly polls. Elections will be held for 403 assembly seats in UP, 117 in Punjab, 70 in Uttarakhand 60 in Manipur and 40 in Goa.

UP Polls in seven phases

In UP, polls will be held across all seven phases. The first phase for UP assembly polls will begin on February 10.  The second phase of UP elections will start on February 14th. The third phase will be on Feb 20, the fourth on Feb 23, the fifth on Feb 27, the 6th phase on March 3 and the 7th phase on March 7. While the term of the current Uttar Pradesh assembly is ending in May, those of the other four assemblies are ending on different dates in March.

Voting in other states

Voting for Punjab, Uttarakhand and Goa assembly elections will be conducted in a single phase on February 14. Voting for Manipur assembly polls will be held in two phases on Feb 27 and March 3.

Votes for all seats across five states will be counted on March 10.

Candidates contesting polls will be given an option for online nomination. Amid Covid-19 fears and a surge in cases, the EC said that all polling stations will be equipped with Covid-mitigation facilities including sanitisers and masks. The number of booths has been increased. "We aim to conduct Covid-safe elections in five states with maximum voter participation with extensive preparations," the EC said.

The scheduled poll timing has been increased by 1 hour in all elections states and all polling booth officials and volunteers will be doubly vaccinated.

No victory processions will be allowed after the announcement of the election results. These measures have been taken to avoid physical contact.

Since the situation is dynamic, the EC said, further instructions of physical rallies will be given following a review on January 15. Political meetings will only be allowed with prior permission and in accordance with Covid-19 protocols.

Push for women and PWD?

At least one polling booth in each assembly constituency will be exclusively managed by women personnel to encourage women, voters. Polling stations have been identified where the voting percentage was lower than earlier years or below average to take corrective measures.

The EC said that any violation of the model code of conduct, coming into effect with the announcement of the election schedule, will be strictly dealt with. The EC also spoke against corruption and said that there will be zero tolerance towards money-power and misuse of government machinery.