Arun Subhashchandra Yadav, the Congress candidate from Madhya Pradesh's Khandwa Lok Sabha seat, has been asked by the Election Commission to furnish an explanation within 24 hours. 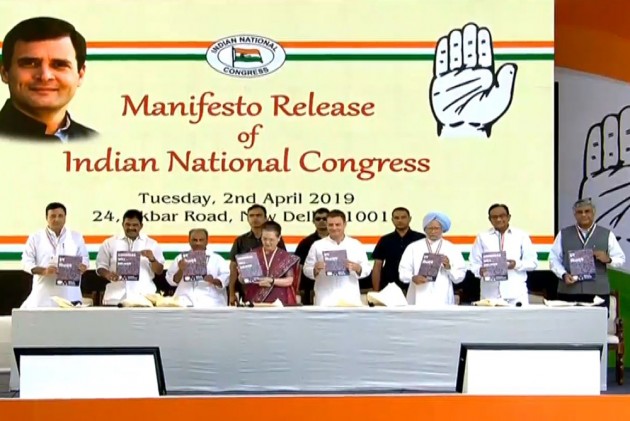 The Election Commission on Saturday issued notice to Congress candidate from Madhya Pradesh's Khandwa, which goes to polls on May 19, for allegedly violating the model code of conduct by distributing and filling-up enrolment forms of the party's proposed "Nyay" scheme.

Arun Subhashchandra Yadav has been asked to furnish an explanation within 24 hours.

An EC statement said: "Prima facie, it shows that the aforesaid act (distribution and filling up of Nyay enrolment forms) has been done by or on behalf of and within knowledge of the contesting candidate of the Congress, Arun Subhashchandra Yadav, from Khandwa."

A Bhartiya Janta Party member had lodged a complaint on May 3, alleging that the Congress is illegally distributing and filling up Nyay scheme enrolment forms, bearing Congress President Rahul Gandhi and Yadav's pictures along with party's symbol, in three districts in Madhya Pradesh.

The state's Chief Electoral Officer, after investigation, concluded that a case is made out against Yadav, as his associate Sudhansingh Thakur distributed the forms in Khandwa district. An FIR was filed against Thakur on May 5.

After examining the documentary evidence against Yadav, the poll panel told him to submit an explanation in the matter within a day, "failing, which the Election Commission shall take a decision without further reference to him".

Under the Nyay scheme, the Congress has promised Rs 72,000 will be deposited yearly in the accounts of poor people, if the party is voted to power.