Election Commission official said that the order banning the screening of the biopic on Prime Minister Narendra Modi also extends to NaMo TV and will continue till the end of Lok Sabha polls. 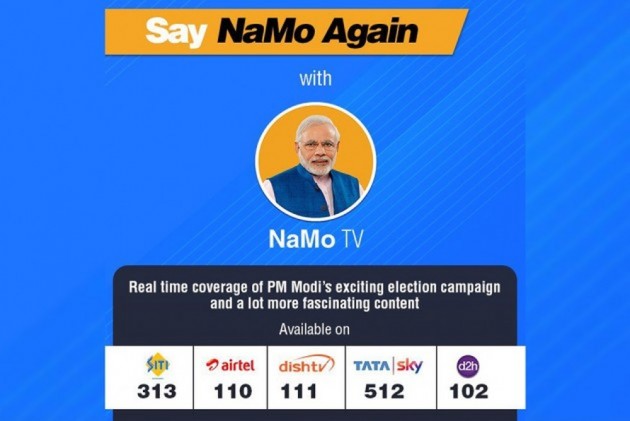 The Election Commission order banning the screening of the biopic on Prime Minister Narendra Modi also applies to NaMo TV, which also cannot be aired during the poll period, PTI quoted a senior official of the poll panel as saying on Wednesday.

The official referred to a paragraph in the order which said,"that any poster or publicity material concerning any such certified content, which either depicts a candidate (including prospective) for the furtherance (or purported to further) of electoral prospects, directly or indirectly, shall not be put on display in electronic media in the area where MCC is in force."

The Election Commission of India had stopped the release of ‘PM Narendra Modi', a biopic on the Prime Minister till the completion of Lok Sabha elections, saying any such film that subserves purpose of any political entity or individual should not be displayed in the electronic media.

The EC order came a day before the movie was to be released.

The Election Commission (EC) had earlier issued a notice seeking a report from the I&B Ministry on NaMo TV channel, launched just weeks ahead of the general election. The notice comes after opposition parties, including the Congress, asked the poll body to direct the ministry to suspend the channel as it was violative of the Model Code of Conduct.

NaMo TV channel, also called 'Content TV', carries the picture of Prime Minister Narendra Modi as its logo. It was launched on March 31, nearly two weeks after the Model Code of Conduct came into effect and ahead of the Lok Sabha polls beginning April 11.