The poll panel has asked the actor-turned-politician Kirron Kher to reply within 24 hours. 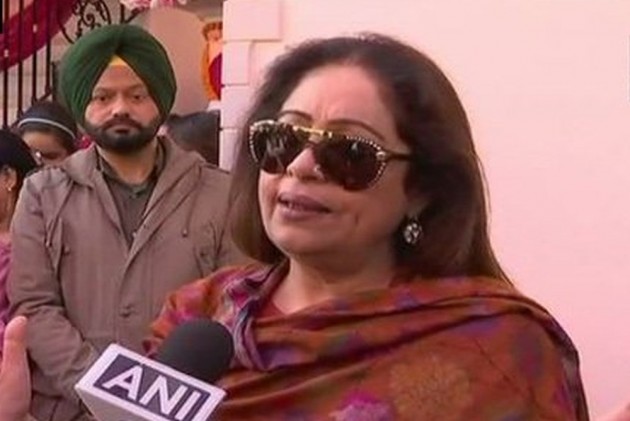 The Election Commission has issued a notice, seeking reply of BJP's Chandigarh candidate Kirron Kher after she shared a video on twitter in which children were seen campaigning for her.

The poll panel has asked the actor-turned-politician to reply within 24 hours.

"You have shared a video on your twitter account which shows that children are being used for election campaign in your favour through slogan 'Vote for Kirron Kher' and 'Ab Ki Baar Modi Sarkar'," the notice, issued on May 3, said.

In the notice, it was mentioned that the National Commission for Protection of Child Rights in January 2017 had requested the Election Commission to ensure that children are not involved in any form with election-related activities, by either elections officials or political parties.

The EC had subsequently instructed that it should be ensured by all political parties and election officials that children are not involved in any election-related activity, as per the notice.

Kher is seeking re-election from the Chandigarh Lok Sabha seat and is pitted against four-time MP and Congress candidate Pawan Kumar Bansal and AAP's Harmohan Dhawan.

Chandigarh will vote in the last phase of Lok Sabha elections on May 19.