Waze was arrested by the National Investigation Agency in March in the case of explosives-laden SUV found near industrialist Mukesh Ambani's residence in south Mumbai, and the subsequent murder of businessman Mansukh Hiran. 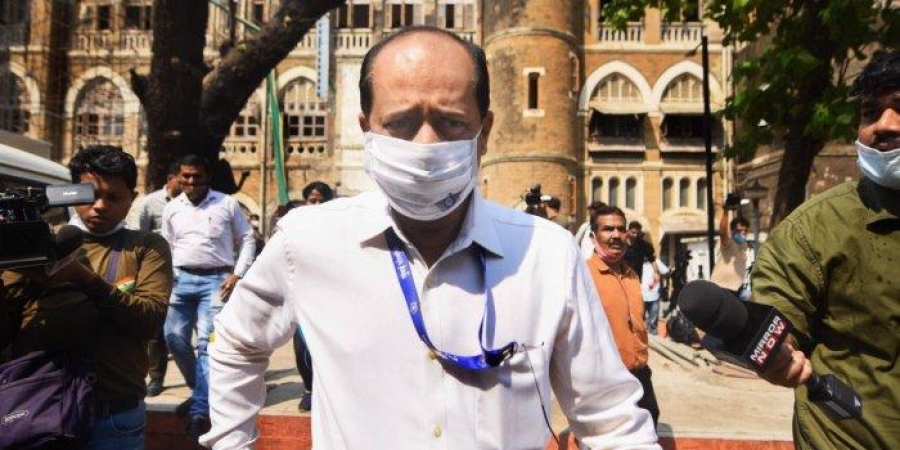 NIA previously apprehended Waze in March in connection to the case of explosives-laden SUV found near industrialist Mukesh Ambani's residence Antilia  in south Mumbai, and the subsequent murder of businessman Mansukh Hiran.

He is now in judicial custody. The ED has been allowed to question Waze for three days at Taloja Jail in Navi Mumbai where he is lodged, a defence lawyer said.
The ED has so far arrested two aides of Deshmukh -- his personal secretary Sanjeev Palande and personal assistant Kundan Shinde -- in the money-laundering case against the NCP leader.

The central agency claimed that the arrested duo confessed that Waze had collected Rs 4.70 crore from orchestra bar owners in Mumbai and handed it to Shinde in two installments.
While seeking permission from the special NIA court to quiz Waze, the ED said it wanted to confront Palande and Shinde with the former assistant police inspector of the crime branch.
IPS officer Param Bir Singh, after he was removed from the post of Mumbai police commissioner in the aftermath of Waze's arrest, had alleged in a letter to chief minister Uddhav Thackeray that Deshmukh, then home minister, had asked Waze to collect over Rs 100 crore per month from bars and restaurants in Mumbai. Deshmukh denied the charge.

The ED case followed after the CBI registered a case against Deshmukh on the orders of the Bombay High Court under the Prevention of Corruption Act.