ED Notice To My Mother After My Letter To The Delimitation Commission: Mehbooba 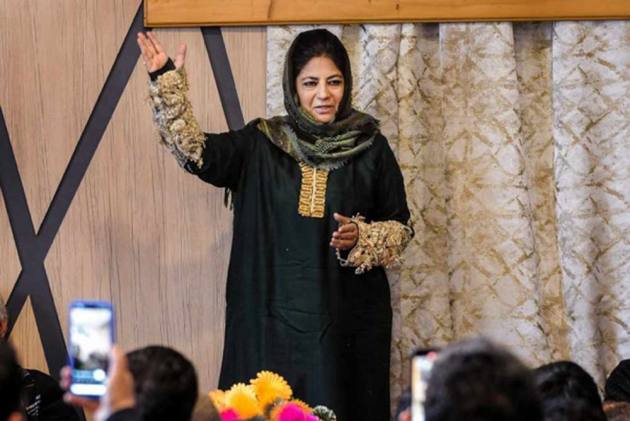 After the Enforcement Directorate issued a notice to her mother, former Chief Minister and the People's Democratic Party president Mehbooba Mufti alleged that on the day PDP chose not to meet Delimitation Commission, ED sent a summon to her mother to appear in person for unknown charges.

"In its attempts to intimidate political opponents, Centre doesn’t even spare senior citizens. Agencies like NIA & ED are now its tools to settle scores," Mehbooba said.

Earlier in the day People’s Democratic Party shot a letter to the Delimitation Commission head telling him that contours and the outcome of the exercise is a pre-planned, mere formality, and the process is aimed at realising the political vision of a "particular party" in J&K.

‘Outcome Pre-Planned’: PDP Will Not Be Part Of Delimitation Process In J&K

In a letter to the head of the Delimitation Commission, Ranjana Prakash Desai, the PDP said that the commission lacks the constitutional and legal mandate in the first place and its very existence and objectives have left every ordinary resident of Jammu and Kashmir with many questions.

“There are apprehensions that the delimitation exercise is part of the overall process of political disempowerment of the people of J&K that the Government of India has embarked on,” the PDP says.

The political parties in the Valley have been expressing fear that the Delimitation Commission will act against the Muslim majority of J&K by giving more seats to Jammu and reserving seats for special categories.