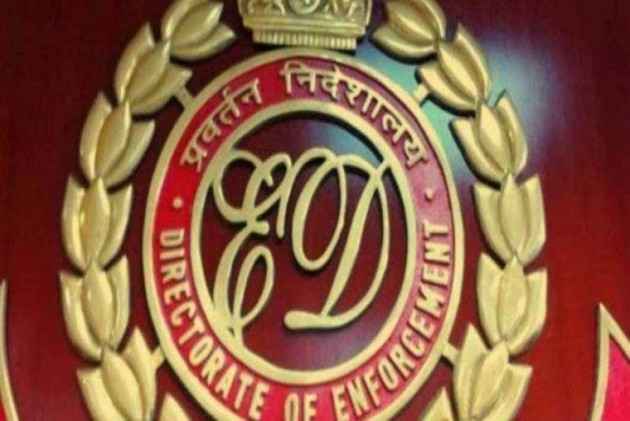 The ED on Thursday raided at least 26 premises in nine states linked to the Popular Front of India (PFI) including those of its chairman O M Abdul Salam and Kerala state chief Nasarudheen Elamarom as part of a money-laundering probe, official sources said.

The searches are being conducted in Chennai, Tenkasi and Madurai (Tamil Nadu), Bengaluru, Darbhanga and Purnea (Bihar), Lucknow and Barabanki (Uttar Pradesh), Aurangabad in Maharashtra, Kolkata and Murshidabad (West Bengal), Jaipur, Shaheen Bagh area in Delhi and in Kochi, Malappuram and Thiruvananthapuram districts of Kerala under provisions of the Prevention of Money Laundering Act (PMLA), they said.

They added the action was aimed at collecting evidence in multiple money laundering cases that have been clubbed into one and are being probed against the PFI and those linked to it.

The premises of Salam and Elamarom, also PFI's national secretary, are also being covered apart from some other office bearers of the organisation, they said.

The central probe agency is investigating PFI's "financial links" on alleged charges of fuelling the anti-Citizenship (Amendment) Act (CAA) protests in the country, the Delhi riots that took place in February and few other instances.

It had earlier recorded the statement of Salam, a senior assistant in the Kerala State Electricity Board, and a number of other PFI office-bearers in Delhi.

Salam has been posted at the regional audit office of the Kerala electricity board in Manjeri town of Malappuram.

PFI and Salam called the raids a gimmick and an attempt to divert attention from the farmers' issue.

"Simultaneous raids were carried out by ED at the houses of Popular Front national leaders across the country. We believe this to be a politically-motivated action from the part of the agency. Such raids usually happen in our country whenever the government in power comes under the pressure of popular anger and it wants to divert national attention from it.

"Modi government has always used national agencies against its political opponents and to crush dissent in the country to the point that the credibility of these agencies has come under question," the organisation said in a statement.

The central government has come under immense pressure following the farmers' protests blockading Delhi and the ED raids are nothing but a "gimmick" to divert the issue, it said.

It said authorities "intend to prevent the organisation from its fight against the anti-constitutional CAA-NRC, as it is a forerunner and stays a major force in the citizenship agitations across the country".

The PFI, formed in 2006 in Kerala and headquartered in Delhi, said its activities are "transparent" and out in the public and that they had nothing to hide.

The ED, last month, had said it was investigating "financial links" between the PFI and Bhim Army in its money laundering case registered to investigate allegations of illegal funds being used to "fuel" the anti-CAA protests.

"The ED is investigating financial links between PFI and Bhim Army on the basis of credible evidence recovered from senior PFI officials," the agency had said in a tweet.

The Bhim Army, led by its chief Chandrashekhar Azad, had told PTI that they were ready for all kinds of investigation.

The agency is investigating the PFI under the PMLA since 2018.

The ED had said that at least Rs 1.04 crore was deposited in several bank accounts linked to the organisation between December 4 last year and January 6 this year in various parts of the country.

The sources had said a total amount of Rs 120 crore, credited to bank accounts linked to the PFI, is under the ED's scanner.

The sources had claimed that these dubious deposits were either made in cash or through the immediate payment service (IMPS) and a number of such instances were seen in Uttar Pradesh, where the maximum number of violent anti-CAA protests were reported to have taken place.

Sources, quoting the ED findings, had said the withdrawal of money from the bank accounts linked to PFI and its related entities had a "direct correlation" with the violent demonstrations against the CAA.

The ED had also sent a report in this connection to the Union Home Ministry.

The agency had arrested former Delhi Aam Aadmi Party (AAP) councillor Tahir Hussain in August and alleged that cash received by him was used to "fuel" anti-CAA protests and the Delhi riots.

"The probe revealed that companies owned and controlled by Tahir Hussain and his relatives transferred huge amounts of money to dubious entities and entry operators which was returned by them in cash," it had said.

"The cash received by Tahir Hussain through entry operators was used to fuel the anti-CAA protests and Delhi riots," the agency had said in a statement.