The other two politicians include gangster Mukhtar Ansari and strongman Ateeq Ahmad, who will also be probed in separate alleged money laundering cases. 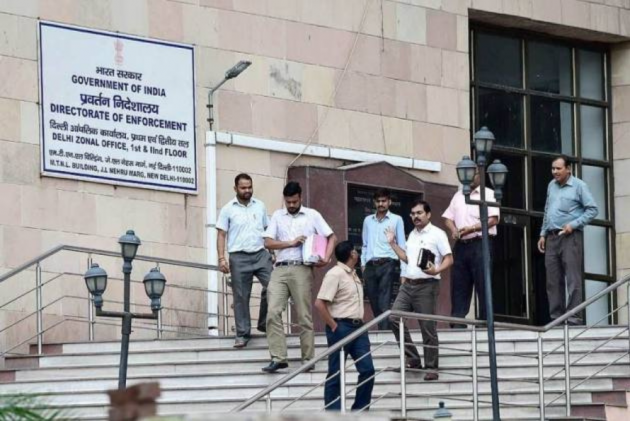 The Enforcement Directorate will start questioning of the three politicians from Uttar Pradesh in separate alleged money laundering cases on Monday.

Officials said the federal agency is initiating the action after obtaining permission from special courts, under the Prevention of Money Laundering Act (PMLA).

They said the 72-year-old Khan, lodged in Sitapur district jail of Uttar Pradesh, will be questioned and his statement recorded between September 20 and September 24.

Similarly, the 58-year-old Ansari, the BSP legislator from Mau seat, will be questioned at the Banda district jail in the state under the PMLA after a court in August allowed the ED to record his statement.

An order on the same lines has been issued by the PMLA court authorising the ED to question the 59-year-old Ahmad, who is lodged in the Sabarmati jail of Gujarat in judicial custody, official sources said.

They said the agency has filed separate PMLA cases against them and post their questioning, the ED may attach their assets under the criminal provisions of the same law, to take the investigation forward.

The ED has initiated probe against Khan in 2019 after taking cognisance of at least 26 FIRs filed by the state police against him including allegations that a university run by him in Rampur district of Uttar Pradesh has been raised over a land that has been grabbed from a 'enemy property'.

Khan has been the urban development minister in the SP government headed by chief minister Akhilesh Yadav.

Ansari is under the ED scanner in connection with at least 49 criminal cases booked against him including those on charges of land grabbing, murder and extortion.

Ahmad, a former MP, has been previously associated with political parties including the Samajwadi Party and the Apna Dal (Sonewal faction).

He is being investigated by the ED on the basis of as many as 196 FIRs lodged against him by various police stations in Uttar Pradesh on charges of murder, extortion and land grabbing. (With PTI inputs)