The move assumes significance in the wake of escalating arrests and attacks on journalists across the country in recent months. 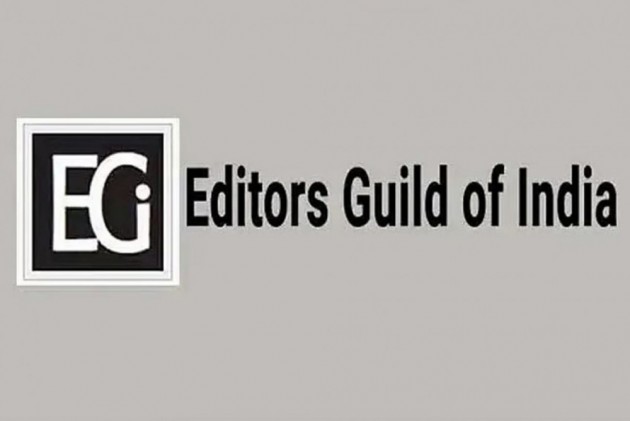 The Editors Guild of India (EGI), a top body of editors, is planning to send fact-finding teams to states of Jammu and Kashmir, Uttar Pradesh, Telangana, and Orissa to take stock of the shrinking press freedom in these states.

The move assumes significance in the wake of escalating arrests and attacks on journalists across the country in recent months. The decision to set up fact-finding commissions was taken in the first meeting of the new executive committee of Editors Guild of India (EGI) on November 2, it was learnt.

The recent arrest of Republic TV editor–in-chief Arnab Goswami by Raigad police has generated heated debates on the issue of muzzling of press freedom and state repression of media organizations. Goswami was arrested on charges of abetment to suicide case which had been closed in 2018.

Many media watchdogs, including the International Federation of Journalists (IFJ) and International Press Institute (IPI), have expressed concern over the rising trend of law enforcement clampdowns against journalists across various states.

Across states, many journalists are languishing in jails even without bail. On October 5, Siddique Kappan, a Delhi journalist working for a Malayalam portal, was arrested in Uttar Pradesh. The journalist was on his way to Hathras to cover the alleged gang rape and murder of a Dalit woman. The journalist was slapped with sedition and other terror charges under the stringent Unlawful Activities Prevention Act (UAPA). Even after a month, his lawyers and friends are not allowed to meet the scribe in Mathura jail, where he is lodged presently.

A freelance journalist Prashant Kanojia has been arrested by the Uttar Pradesh police twice in the last two years for social media posts. According to police, his tweets have the potential to threaten communal harmony. Though the court granted bail for Kanojia in both cases, he had to spend months in jail.

In Jammu and Kashmir, the new media policy unveiled by the administration has instilled concern about more regulation of media and the internet in the state. The new policy is intended to check fake news, plagiarism and unethical or "anti-national content” in the media. However, many have expressed concerns that the new policy will create more hurdles for journalists who are already working under extremely tough conditions in the state.

In Odisha too, the shrinking space for independent media is a concern. Many journalist unions have denounced the recent arrest of a senior TV journalist on flimsy charges and the alleged targeting of OTV, the most popular Odia channel by the ruling Naveen Patnaik government. The channel has been slapped with a dozen cases in two months. . The situation is not different in the southern states of Telangana and Andhra Pradesh, where a series of attacks and arrests of journalists have been reported in recent times. In May,  The Committee to Protect Journalists (CPJ), a global NGO, expressed concern over the increasing incidents of violence and intimidation against journalists.

In a joint letter addressed to Prime Minister Narendra Modi last month, the international media bodies IFJ and IPI have demanded safe working conditions for journalists. It also urged the PM to direct the state governments to withdraw charges against journalists, including sedition laws.

In June, Delhi-based Rights and Risk Analysis Group (RRAG), came out with a report that during the lockdown period between March 25 and May 31, at least 55 journalists have got arrested or FIRs have been registered for reporting on COVID-19 situation in the country.