ED's Summonses To MP Abhishek Banerjee And His Wife Are Examples Of BJP's Vendetta Politics:TMC

TMC MP Sukhendu Sekhar Ray alleged that the summonses were issued as part of a vendetta by the BJP after it lost the recent Assembly polls in West Bengal. 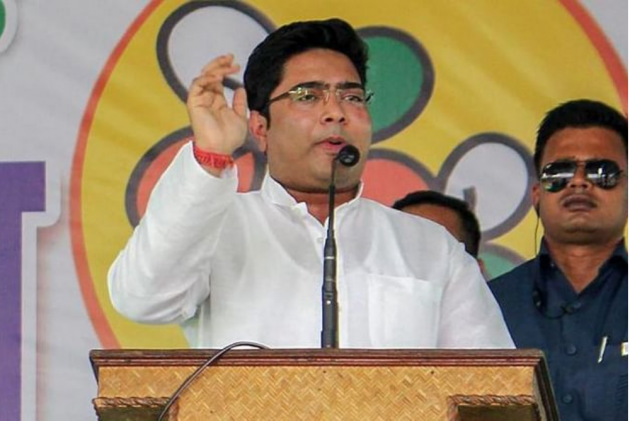 The Trinamool Congress (TMC) on Friday accused the central government for playing "vendetta politics" over the recent summonses issued by the federeal investigation agency  Enforcement Directorate to the party's national general secretary Abhishek Banerjee and his wife Rujira.

The ED summoned Banerjee and his wife for interrogation in connection to a money laundering case related to alleged coal scam in West Bengal.

TMC MP Sukhendu Sekhar Ray alleged that the summonses were issued as part of a vendetta by the BJP after it lost the recent Assembly polls in West Bengal.

In a press conference, Ray accused the BJP of misusing central investigation agencies against its political opponents, whereas investigations against its leaders are suppressed. He said that the ED has joined the CBI in being a "caged parrot".

"They (BJP) declared that they will capture West Bengal. They didn't want to win hearts, they wanted to capture the state and its people. And now that they have failed in it, they are carrying out this witch-hunt. Abhishek Banerjee's friends are also being hounded. Is this the duty of supposedly neutral agencies?" he asked.

He said that both the ED and the CBI have allowed themselves to work as "arms of the BJP."

He also alleged that bureaucrats working in the West Bengal government are also being harassed without any evidence.

He said that the TMC was not bothered by such "false cases" and will counter these both politically and legally.

Ray also said that TMC was not the only opposition party being targeted and listed the income tax raids against Tamil Nadu Chief Minister M K Stalin's daughter just days before the assembly elections in the state and the "harassment" of NCP patriarch Sharad Pawar before the Maharashtra elections.

He also alleged that when the time comes to act against its own leaders, the BJP has always looked the other way.

"Suvendu Adhikari was seen taking bribes on camera in the Narada case, but when the charge sheet was filed his name was missing because now he is under BJP protection," Ray said, referring to the leader of opposition in the West Bengal Assembly.

The ED case, registered under criminal sections of the PMLA, was filed after studying a November, 2020 FIR of the CBI that alleged a multi-crore coal pilferage scam related to Eastern Coalfields Ltd. mines in the state's Kunustoria and Kajora areas in and around Asansol.

A "deep system" of political patronage and a "well-oiled" machinery was used to brazenly carry out certain unlawful coal mining in West Bengal, the ED has claimed.