The man from Himachal Pradesh was buried because 'the Indian Consulate official wrongly mentioned his religion as ‘Muslim’ in the death certificate'. 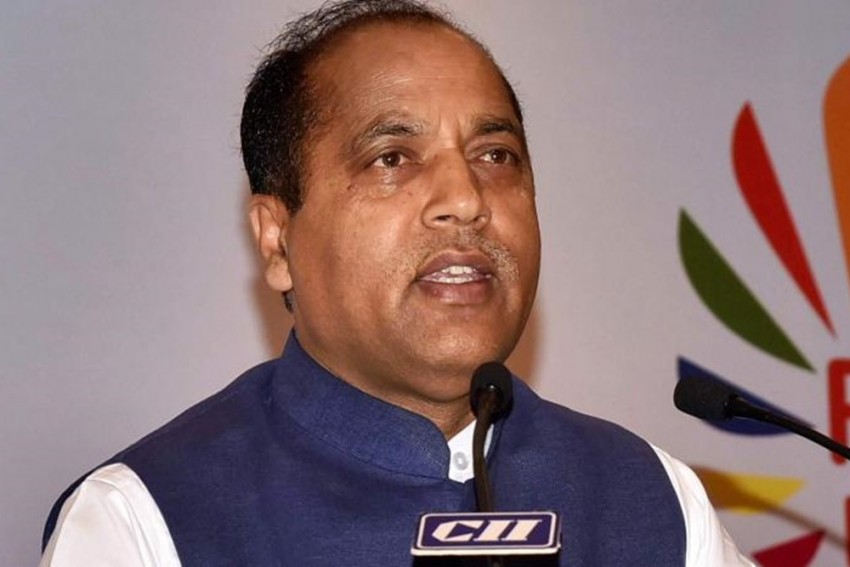 We are trying to bring back the mortal remains of the Hindu man belonging to Himachal Pradesh who was wrongly buried according to Muslim customs in Saudi Arabia, said Chief Minister Jai Ram Thakur in the state assembly.

The state government took up the matter with the Centre and the Saudi Arabia Consulate General after it was raised in the House on March 16, added Thakur as he spoke in the assembly on the last day of the Budget Session.

Raising the matter in the Assembly, Una MLA Satpal Singh Raizada said Sanjeev Kumar Sharma died due to cardiac arrest on January 24 in Saudi Arabia where he had been working for three years.

His mortal remains were buried "due to a mistake committed by the official translator of Indian Consulate, Jeddah, who wrongly mentioned his religion as ‘Muslim’ in the death certificate".

Thakur said that the Consulate General of India in Jeddah informed through an e-mail that "we have taken up the matter with the local Foreign Office, Governorate Office, Jijan and other local authorities to exhume and repatriate the mortal remains of late Mr Sanjeev Kumar Sharma at the earliest."

"Officer of Consulate are on a visit to Governorate, Jizan to expedite exhumation of mortal remains," it added.

The e-mail further stated that the Consulate General had also taken up the matter with the local foreign office to instruct the authorities concerned to probe into the circumstances leading to the burial without any information even to Sharma's sponsor.